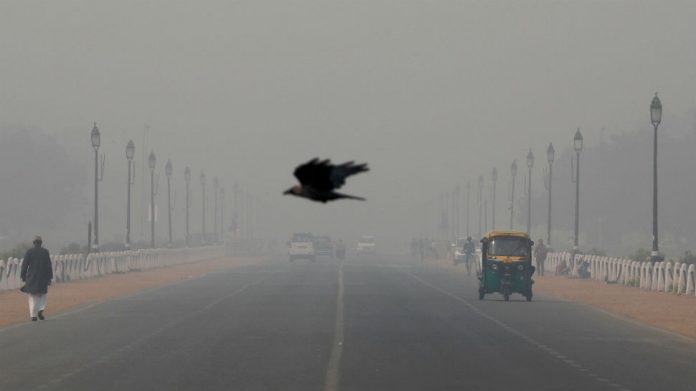 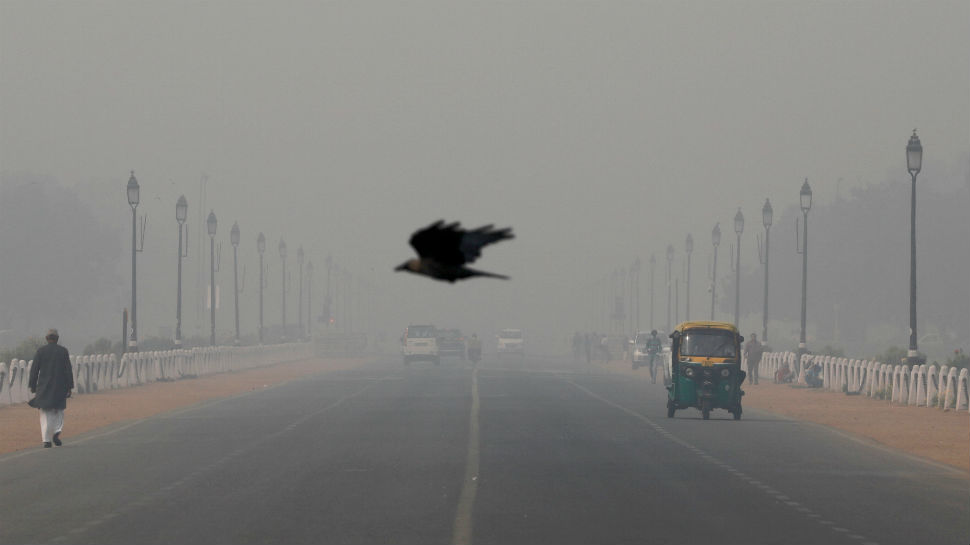 The Air Quality Index (AQI) in Delhi crossed 377 in most parts of the capital. In Noida, the air quality docked to 427 (‘severe’ category) and in Gurugram it was recorded at 394 (‘very poor’ category).

New Delhi: The Air quality in Delhi remained dismal on Monday with the Air Quality Index (AQI) crossing 377 in most parts of the capital. At the city’s major junction such as IIT Delhi, Pusa Road and Mathura Road, the AQI was recorded in the ‘very poor’ category too.

Meanwhile, in Noida, the air quality docked to 427 (‘severe’ category) and in Gurugram it was recorded at 394 (‘very poor’ category’).

System of Air Quality and Weather Forecasting And Research (SAFAR) had earlier predicted a “slight deterioration of AQI for Monday but within the higher-end of very poor category.”

“A marginal increase in surface winds and a slight improvement in AQI within the very poor category is forecasted for December 10. A fresh Western Disturbance is likely to affect northwest India by December 11, scattered rainfall is expected on December 12 and significant improvement in AQI is expecting,” SAFAR said in a statement.

An improvement in the AQI is expected by December 12 and the quality is expected to stay in an improved condition for a few days.

Delhi is reeling under severe air pollution since Diwali. The quality improved a bit in November but yet again, the condition has detriorated.

Locals complaint of breathlessness and fatigue and have urged the government to take requisite measures to combat the menace.

“I feel sad that despite Delhi being the capital, there is so much pollution here. The government must do something about this. Too much smoke is around,” a Delhi resident earlier told news agency ANI.

“It has been so many years that the problem of air pollution still persists in the national capital. All we can do is to keep ourselves fit,” said another.

SAFAR has advised people residing in the national capital to reduce prolonged or heavy exertion.

“Take more breaks and do less intense activities. Asthmatics, keep medicine ready if symptoms of coughing or shortness of breath occur. Heart patients, see a doctor if you get palpitations, shortness of breath, or unusual fatigue,” it said in an advisory.