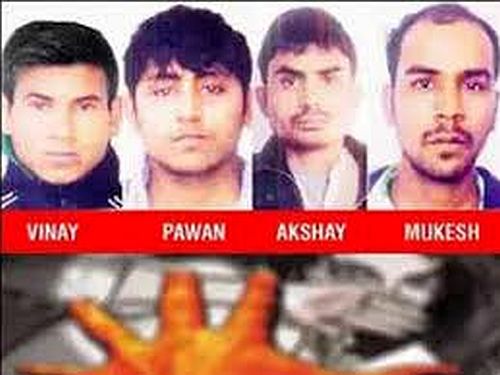 A bench headed by Chief Justice SA Bobde and comprising Justices BR Gavai and Surya Kant said, “If somebody is going to be hanged, then nothing can be more urgent than this.”

New Delhi: In the Nirbhaya gang rape and murder case on Tuesday (January 28), the Supreme Court will hear the plea of one of the death row convicts, Mukesh Kumar Singh, who on Monday moved the top court seeking urgent hearing on his plea against the dismissal of his mercy petition by President Ram Nath Kovind.

A bench headed by Chief Justice SA Bobde and comprising Justices BR Gavai and Surya Kant said, “If somebody is going to be hanged, then nothing can be more urgent than this.”

Later in the day, the mentioning officer considered the urgency of Mukesh Singh`s plea and listed it before a three-judge bench comprising Justices R Bhanumathi, Ashok Bhushan and AS Bopanna. The plea will be heard at 12.30 pm on Tuesday.

The court had asked Mukesh Singh’s counsel to approach the mentioning officer as the hanging is scheduled on February 1.

The lower court has issued the warrant for the execution of death sentence for the convicts in the case that has been fixed for February 1 at 6 a.m. The other two convicts, Pawan Gupta and Vinay Sharma, are yet to file curative petitions before the Supreme Court.

A 23-year-old paramedical student was brutally gang-raped by six men (including a juvenile) in a moving bus in the national capital on a chilly night on December 16, 2012.

One of the accused, out of five adults, Ram Singh, had committed suicide in the Tihar Jail during the trial of the case. The other three death row convicts, against whom the death warrants have already been issued are Pawan Kumar Gupta, Vinay Kumar Sharma, and Akshay Kumar Singh.