Meanwhile, farmer leaders said they will intensify their agitation now and alleged that the government’s ‘approach was not right’ during the meeting. Even as the meeting lasted for nearly five hours, the two sides sat face to face for less than 30 minutes. 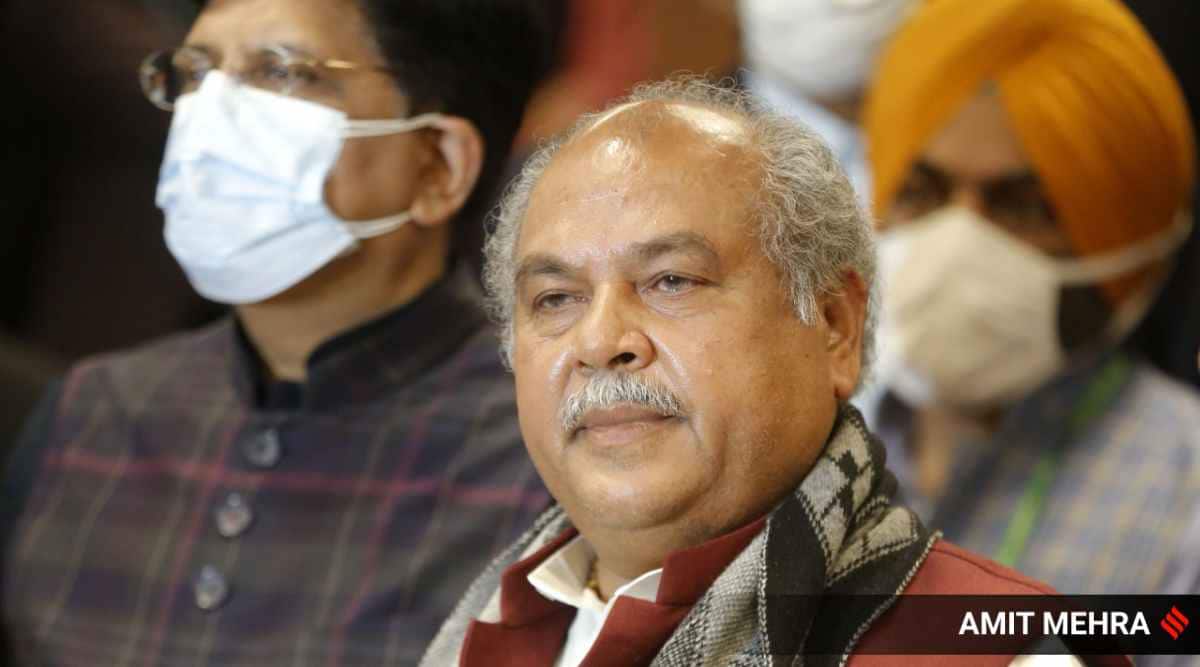 The 11th round of talks between the protesting farmers and the central government over the three farm laws hit yet another roadblock Friday, as the farmers refused to settle for anything less than a full repeal of the legislations while the Centre asked them to reconsider its proposal to put the Acts on hold for 12-18 months.

The meeting could not even reach a decision on the date for the next meeting, as the government hardened its position, saying it is ready to meet again once the 41 union leaders agree to discuss the suspension proposal.

No resolution possible when sanctity of agitation is lost, says Tomar

After the meeting ended, Agriculture Minister Narendra Singh Tomar said some “forces” want the protests to continue for their own “personal and political agendas”, and no resolution is possible when the “sanctity of agitation is lost”.

“Some external force are definitely trying to ensure the agitation continues; obviously, those forces are against farmers’ interests. We told unions to get back to us by Saturday with their decision on our proposal; If they agree, we’ll meet again. I don’t want to speculate, but we’re hopeful farmer unions will consider positively our proposal to suspend laws and find a solution,” Tomar said.

He also thanked the unions for cooperation and said the government has always maintained it is ready to consider alternatives to repeal. “Our proposal is in the interest of farmers and of the country,” Tomar added. He said there were no problems in the laws, but the govt offered to suspend them as a sign of respect for the farmers. “Govt gave many proposals to end protest, but no resolution possible when sanctity of agitation is lost,” he said.

Meanwhile, farmer leaders said they will intensify their agitation now and alleged that the government’s ‘approach was not right’ during the meeting. Even as the meeting lasted for nearly five hours, the two sides sat face to face for less than 30 minutes.

“The minister made us wait for three-and-a-half hours. This is an insult to farmers. When he [Tomar] came, he asked us to consider the government’s proposal and said that he is ending the process of meetings,” said S S Pandher of Kisan Mazdoor Sangharsh Committee, adding that the agitation will continue peacefully. The 41 farmer union leaders after meeting with the Centre at Vigyan Bhawan on Friday.

In the first half, three central ministers, including Tomar, urged the union representatives to reconsider their stand, after which the two sides went for a lunch break. The break, during which the farmer leaders had their langar (community kitchen) food, lasted for more than three hours. The break also saw the 41 farmer union leaders holding discussions among themselves, at times in smaller groups, while the three central ministers waited in a separate room at Vigyan Bhawan.

After the meeting, Bharatiya Kisan Union (Ugrahan) leader Joginder Singh Ugrahan said the talks have broken down as the unions rejected the government’s proposal. Coming out of the meeting venue, farmer leader Shiv Kumar Kakka said there was no headway in the discussions and the government asked unions to deliberate on its proposal again.

Farmers’ tractor rally to go ahead as planned on Republic Day: Union leaders

Protesting farmer leaders Friday said their proposed tractor rally scheduled for January 26 will take place on Delhi’s busy Outer Ring Road as decided earlier, after their Friday’s talks with the government ended in a deadlock. Coming out of the meeting, farmer leader Balbir Singh Rajewal said it is for the government to ensure that the rally is peaceful.

“Tractor march on January 26 will take place as decided by us on Outer Ring Road. We have informed the police that it is for the government to ensure that it should be peaceful,” PTI reported Rajewal as saying.