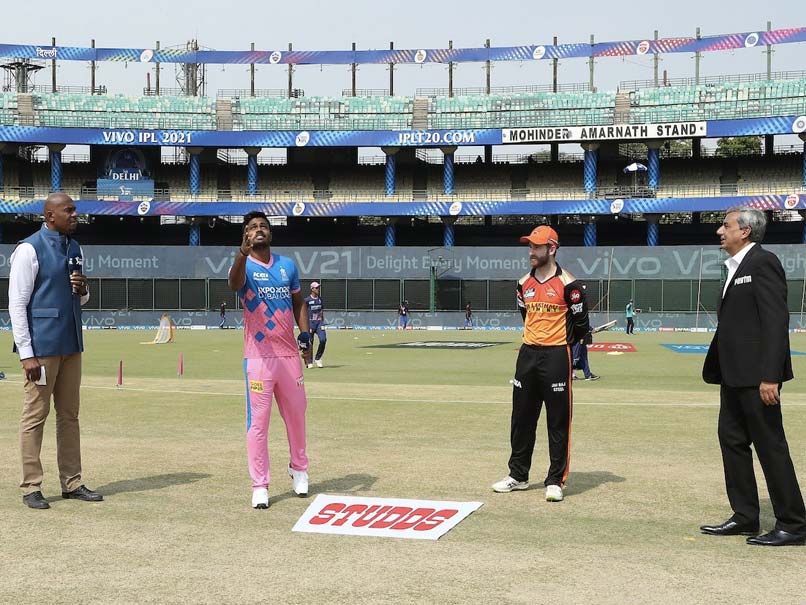 SunRisers Hyderabad (SRH) will be aiming to bounce back to winning ways against Rajasthan Royals (RR) in Match 40 of the ongoing Indian Premier League (IPL) 2021 season on Monday, at the Dubai International Stadium in Dubai. The Kane Williamson-led side are currently bottom of the table with two points from nine games, which included one win and eight defeats. In their last match, they lost by five runs to Punjab Kings (PBKS). They are also in a five-match losing streak. Against RR, Williamson will be aiming to seal two points and get SRH’s season moving. All-rounder Jason Holder will once again be crucial to Hyderabad, and was in top form against Punjab, taking three wickets and also smashing an unbeaten knock of 47 runs off 29 balls. Rajasthan are currently sixth in the standings with eight points from nine fixtures (four wins and five losses). The Sanju Samson-led side lost their previous match to Delhi Capitals (DC) by 33 runs and will be aiming to find some form. Samson will once again be crucial to his side after scoring an unbeaten knock of 70 in 52 deliveries during the defeat to DC. Both these sides met last in Match 28, where RR won by 55 runs. (LIVE SCORECARD)