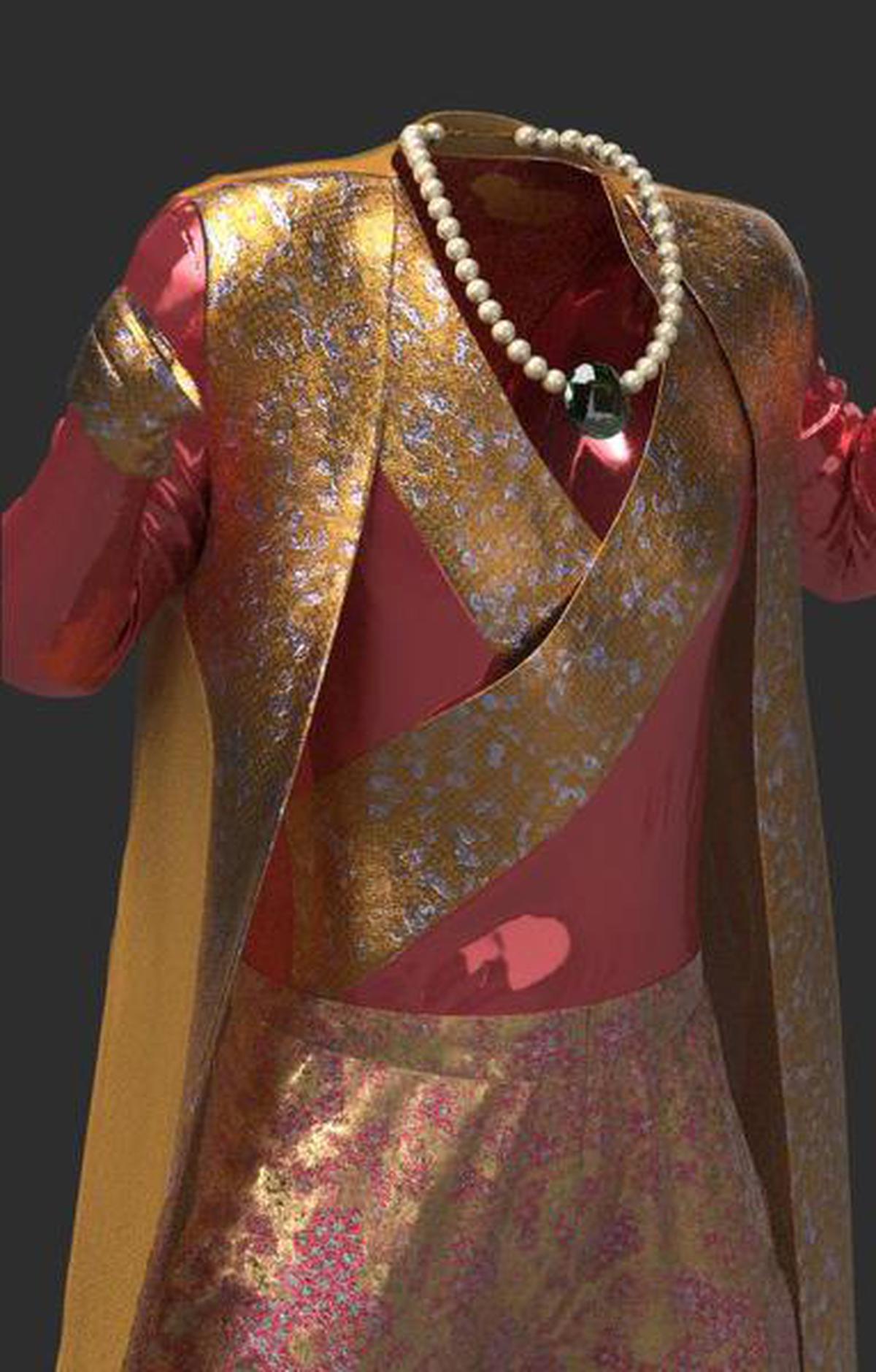 Having sold the first Indian digital ensemble as an NFT, lawyer and crypto enthusiast Ravi Guru Singh chats about the continuing convergence of fashion and crypto

The Meta Gala sounds like something out of Cyberpunk 2077 and the September 17 virtual event lived up to, well, a portion of that with digital avatars strutting around Grand Theft Auto-style in creations that would certainly grab the eye in the physical world. Amid the skintight bodysuits, holographic ensembles and neon-lit gowns, there was something unexpected: a cross-draped suit in red and gold with khussas to boot, designed by New York-based Ravi Guru Singh. And the piece was auctioned for $3,600 after the event.

Singh, who designed the world’s first digital Indian fashion collection, talks about the future of crypto fashion showcases and the space for such investment. Louis Vuitton, Gucci, Balenciaga, Karl Lagerfeld, Burberry, Coach China, Franck Mueller and Hublot have dipped into the crypto and NFT spaces but it seems like they are still testing the waters, despite their belief in the investment potential.

Read More | How NFT fashion in India goes beyond designers

Digital fashion as a medium of design is not new; we have seen them in video game characters in the form of microtransactions, digital renders of ensemble before physical creations are made, people shopping remotely and wanting to virtually ‘try on’ clothes, and in CG animated films.

The story so far

That said, this year, Crypto Fashion Week served as a lead-up to the first-ever Meta Gala which reached more than 3 million people globally. Given the digital medium, there were a variety of unusual ensembles such as Amsterdam-based digital fashion house The Fabricant’s ‘Empress of the Metaverse’, inspired by Empress Wu Zetian and worn by trans-human digital being Ruby 9100m. The outfit sold for 3 ETH. The virtual fashion showcase featured digital influencer Lil Miquela who was the chair of the event; she even wore the Karl Lagerfeld digital collection, gifted to her as an NFT. Modelling one of the looks on the meta-runway was professional make-up artist Mimi Choi (known for her optical illusion looks) who got rendered as a digital avatar.

Read More | Virtual influencers could be the future of fashion advertising

The Meta Gala’s organisers were keen on featuring creations in the South Asian eco-space, having observed the contributions and impact of Indian culture in fashion. As the first person in the world to create an Indian digital fashion collection, they invited Singh to participate and he turned to his design collaborator, Bello, who was immediately on board. Conceptualised by Singh (of Netflix’s Indian Matchmaking fame) and designed by Madrid-based Lorena Bello, the Indian ensemble’s inspiration was one of Hrithik Roshan’s award-winning looks in Jodhaa Akbar (designed by costumier Neeta Lulla). And the model was a digital render of Singh himself.

The duo also worked with fashion lab Digitalax for other Indian digital fashion creations this year.

Speaking on infusing digital elements into the look, Singh recalls the process took a lot of trial and error. He elaborates, “the challenge was to take a 16th-Century style and update it. The look we chose made me feel like it could be for a superhero. The buyer wasn’t even of Indian descent but loved the style, he just thought it looked cool. So the market is bigger than just Indians, which was a welcome surprise.”

It is all about a message, sums up Singh. A message to India’s entertainment industries, that even though India’s regulations around crypto are unclear, he hopes that investors in film and entertainment pay attention to the Indian diaspora’s work with crypto. Looking into a possible future, Singh peeks into the future, “I imagine a world where Shah Rukh Khan gets turned into a digital avatar and wears a digital garment at a virtual National Film Awards, or Sonam Kapoor models a digital sari that is sold as an NFT.”

The race towards art and tech

We have seen how technology has informed physical and offline fashion brands in terms of fast fashion, product authentication, e-commerce and more. But crypto, he believes, brings a different dimension. Singh points out how the convergence of NFTs, Augmented Reality, Virtual Reality, social media and advances in photography as well as the processing power of PCs have changed the game.

As a result of the aforementioned, he is also excited to share that he is now working on getting the first digital lehenga choli he and Bello made turned into an Augmented Reality display on Fifth Avenue in Manhattan.

He adds, “There will be more metaverse fashion events, where real-world celebrities will be represented as digital avatars, wearing digital garments, and people will be able to watch or attend by buying a ticket. You’ll be able to buy, as an NFT, the digital outfit that the digital Kim Kardashian wore to a virtual event.” There is a dark side to it all; the niggling expectation that assets will be auctioned for hundreds of thousands – if not millions – of dollars. And Ravi says it is not a healthy expectation, pointing out with the numbers going around in the media, some people think NFT auctions are an easy, ‘get rich quick’ scheme. He encourages new creators to the space to go in with low expectations and recognise that something might not sell. After all, the space is still nascent and the climate can shift drastically at a moment’s notice. He elaborates, “When something sells for millions, recognise that it’s likely they were in early, and you’re seeing the fruits of their labour. It’s an experiment in a new space, in new tech, in a new form of art. Therefore one’s motivations should not include greed. Start small and keep iterating.”

Despite the Meta Gala featuring a handful of designers in its first year, it is likely that there will be another one next year. “I think a future Meta Gala could have a mix of real and digital influencers, wearing physics-defying clothes, at a physics-defying virtual space, where attendees can join by wearing a VR headset.” But he wants more global growth, concluding, “I would love to see some more digital fashion in AR displays across Delhi, Mumbai, Kolkata and Hyderabad. I want to see the expansion of 3D photography studios across India so that the fashion industry can start getting their superstars turned into avatars too. The metaverse has no borders.”