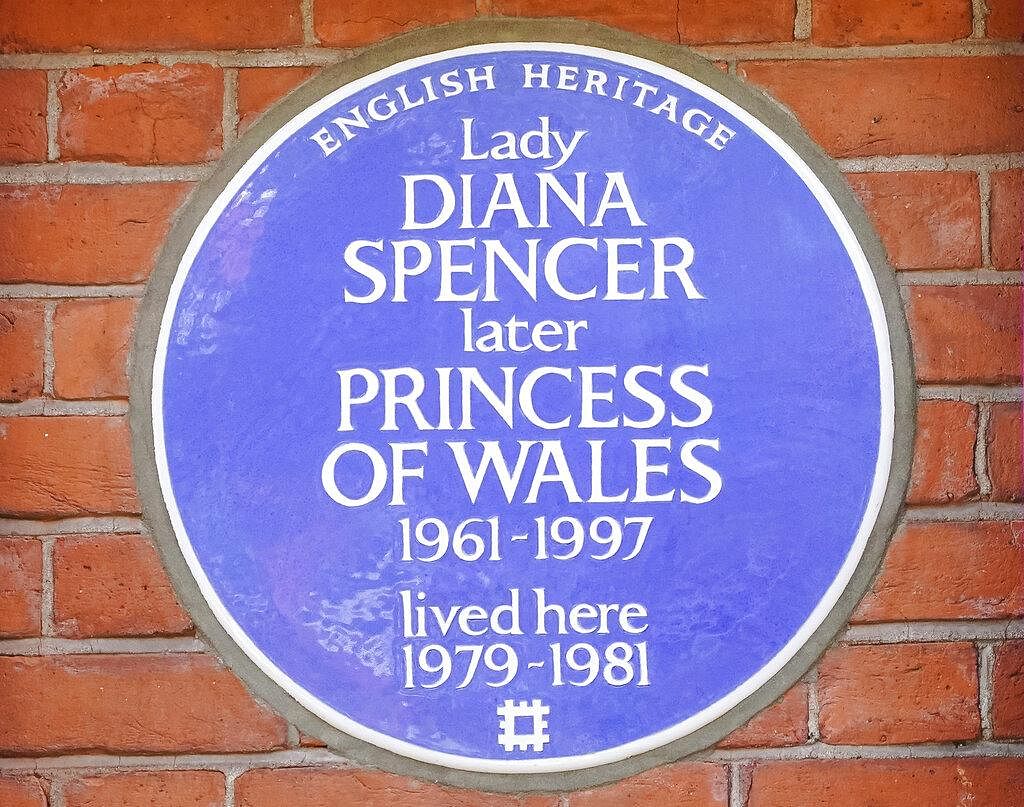 LONDON: A home in west London where Diana lived before she became Princess of Wales was honoured with a Blue Plaque on Wednesday in memory of her life there.

The Blue Plaque scheme, run by the English Heritage charity, honours notable people and organisations who were connected with particular buildings across London.

Princess Diana, who died in a Paris car crash in August 1997, spent two years at Flat 60 Coleherne Court on the Old Brompton Road in the Earl’s Court neighbourhood of London.

The flat was an 18th birthday gift from her parents and she shared it with some of her close friends between 1979 and 1981.

“Diana moved into Coleherne Court in July 1979 and was living here when she first began her courtship with the Prince of Wales. It is fitting that our blue plaque remembers her at this place where her life in the public eye first began,” said Anna Eavis, Curatorial Director at English Heritage.

“Diana was one of the world’s most famous women and she used her fame and influence to raise awareness of issues such as homelessness and landmines. She played a critically important role in helping to de-stigmatise illnesses such as HIV, leprosy and depression,” she said.

“Those were happy days for all of us and the flat was always full of laughter. Diana went off to become so much to so many. It’s wonderful that her legacy will be remembered in this way,” said Clarke.

Diana herself described her time at Coleherne Court as one of the happiest of her life and it was from this flat that she took her first steps onto the world stage.

The princess, who would have turned 60 this year, used her huge, international profile to speak out on humanitarian issues and raise awareness of charitable causes, English Heritage notes.

She remained at Coleherne Court until the night before her engagement to Prince Charles, the Prince of Wales, was announced on 23 February 1981, following which she stayed briefly at Clarence House before moving to a suite in Buckingham Palace.

According to Andrew Morton’s biography, Diana would later describe her 18 months at the flat as the happiest time of her life: “It was nice being in a flat with the girls. I loved that — it was great. I laughed my head off there. I kept myself to myself. I wasn’t interested in having a full diary. I loved being on my own, as I do now — a great treat.”

Diana moved into 60 Coleherne Court with three friends in July 1979, working in childcare as well as accepting contract cleaning assignments.

Family connections brought her into the royal circle and a year later Diana was in the media spotlight when she began her relationship with Prince Charles.

He proposed to her on 6 February 1981 to the great excitement of her flatmates, Virginia Pitman, Carolyn Pride and Anne Bolton, with Diana remembering: “Everybody screamed and howled and we went for a drive around London with our secret.”

For a time, this made the block of flats among the most famous addresses in Britain, with photographers lying in wait to photograph her on her way in or out of the building, or through her bedroom window via a vantage point in Brompton Library opposite.

Diana paid tribute to her three flatmates at the time for their support in the face of the media onslaught.

The Blue Plaque at the address follows a drive to recognise more women under the scheme, with the former London home of Britain’s Indian-origin World War II spy Noor Inayat Khan among those recognised last year.

“The London Assembly #BackthePlaque campaign in 2019 had a wonderful response and provided some fascinating nominations,” said Andrew Boff, Chair of the London Assembly, which nominated Princess Diana for the plaque.

“We understand why many thought the work of Diana, Princess of Wales should be recognised — her landmine campaign and HIV/AIDS awareness work was truly global and made an enormous difference to many lives. Diana had, and still has, a very special place in the hearts of Londoners and we are thrilled to see her blue plaque formally placed as a monument to her work for others,” he said.