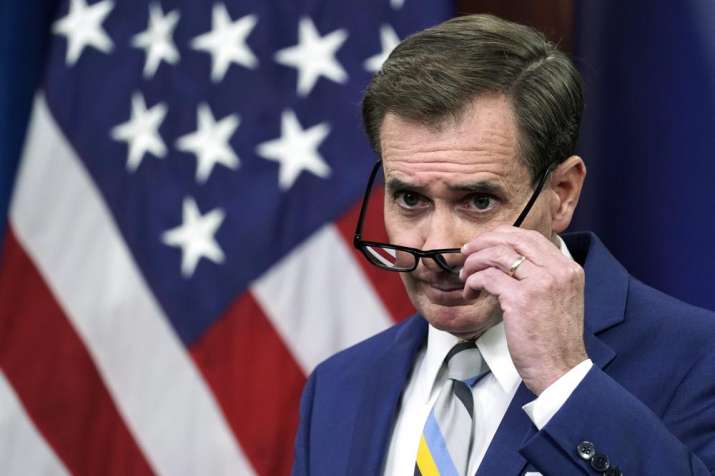 The US has been very honest about its concerns with Pakistan for a long time about the terrorist safe havens along with the border areas of Afghanistan, the Pentagon has said. Afghanistan and the US have criticised Pakistan in the past for allowing Taliban fighters to cross into Pakistan where they are provided safe havens and also receive medical treatment.

“We’ve been very honest about our concerns with Pakistan for a long time, about the safe havens that exist on their side of the border along that spine. And those concerns are still valid today,” Pentagon Press Secretary John Kirby told reporters on Thursday at a news conference.

As Afghanistan’s neighbour, Pakistan certainly has equities and responsibilities with respect to terrorism in that part of the world, Kirby said.

“We continue to have candid conversations with Pakistani leaders about our concerns,” he said in response to a question. “I think it’s important to continue to remind that the Pakistani people, likewise, have been rendered victim by terrorist threats that emanate from those groups and along that same border,” he said.

While Kabul claims that Islamabad is sending thousands of militants to fight in the war-ravaged country and providing safe haven for the Taliban, Pakistan alleges that Afghanistan harbours the anti-Pakistani group Tehreek-e-Taliban Pakistan — the Pakistani Taliban — and also the secessionist Balochistan Liberation Army.

Kirby also told reporters that the United States is within its rights to continue drone strikes inside Afghanistan. “We believe we have the authorities that we need to continue to protect the nation,” he said.

The Taliban has accused the US of violating the withdrawal agreement by continuing to fly drones over Afghanistan and warned Americans against doing that in the future.

“We have the authorities that we need to continue to defend our interests and the security of the American people there and around the world, and we’re going to do that,” Kirby said.

“Over-the-horizon, as the Secretary defined it, means that the strike assets and the target analysis come from outside the country in which the operation occurs, and we can do that in a variety of means,” he said.

Also Read: India, US on same page on many issues relating to Afghanistan: Jaishankar