New Delhi, Oct 08: Welcome back, Air India, tweeted Tata Sons chairman emeritus Ratan Tata, along with an old photograph of the company’s former chairman JRD Tata getting down from an Air India aircraft. The tweet comes minutes after TATA Sons recalimed authority over the national carrier, nearly after 70 years.

“The Tata Group winning the bid for Air India is great news! While admittedly it will take considerable effort to rebuild Air India, it will hopefully provide a very strong market opportunity to the Tata group’s presence in the aviation industry,” Ratan Tata tweeted.

“On an emotional note, Air India, under the leadership of JRD Tata had one time, gained the reputation of being one of the most prestigious airlines in the world. Tatas will have the opportunity of regaining the image and reputation it enjoyed in earlier years. JRD Tata would have been overjoyed if he was in our midst today,” Tata said in the statement he tweeted.

An SPV of Tata Sons – the holding company of conglomerate – has emerged as successful bidder, Tuhin Kanta Pandey, secretary to the Department of Investment and Public Asset Management (DIPAM), the government said on Friday. 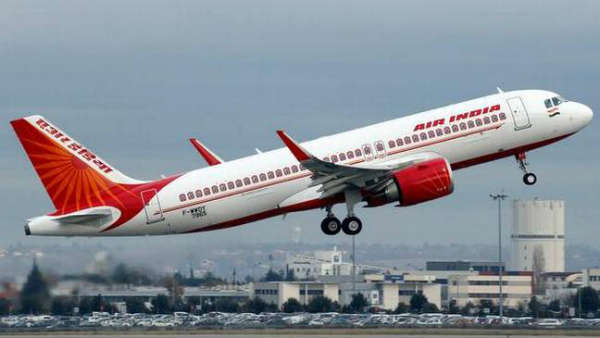 The DIPAM secretary said Tatas’ bid of Rs 18,000 crore comprises taking over of 15,300 crore of debt and paying the rest in cash.

Both bidders had quoted above the reserve price, he said adding the transaction is planned to be closed by December.

This marks the return of Air India to the Tatas.

Jehangir Ratanji Dadabhoy (JRD) Tata founded the airline in 1932. It was called Tata Airlines then. In 1946, the aviation division of Tata Sons was listed as Air India and in 1948, Air India International was launched with flights to Europe.

The international service was among the first public-private partnerships in India, with the government holding 49 per cent, the Tatas keeping 25 per cent and the public owning the rest.

The government is selling 100 per cent of its stake in the state-owned national airline, including Air India’s 100 per cent shareholding in AI Express Ltd and 50 per cent in Air India SATS Airport Services Private Ltd.