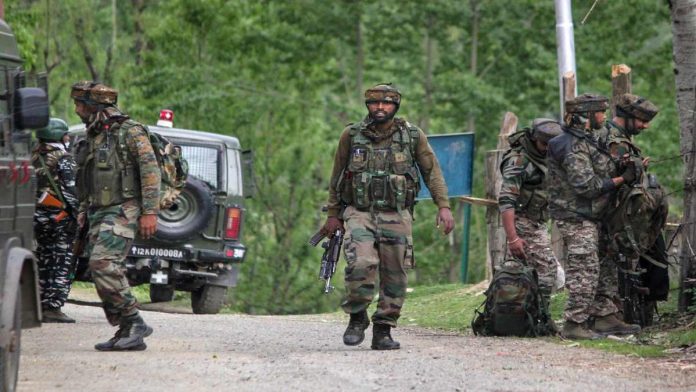 A junior commissioned officer (JCO) and four soldiers were martyred in action during a counter-terrorist operation in the Rajouri sector in the Pir Panjal ranges, news agency ANI reported while quoting sources.

All five were critically injured in an ongoing gunfight with the terrorists, according to Lt. Colonel Devender Anand, Defence Ministry spokesman. He informed that following specific information, a cordon and search operation was launched in the villages close to the Krishna Ghati sector of the Line of Control (LoC) in the Surankote area of Poonch district.

Hiding terrorists opened fire at the surrounding troops in which five soldiers, including a JCO suffered critical injuries. They succumbed to their injuries later.

Security forces earlier today killed a terrorist in the Hajin area of Bandipora district. He was affiliated with the proscribed terror outfit Lashkar-e-Taiba (LeT) and was involved in the recent killing of a civilian in the Bandipora.