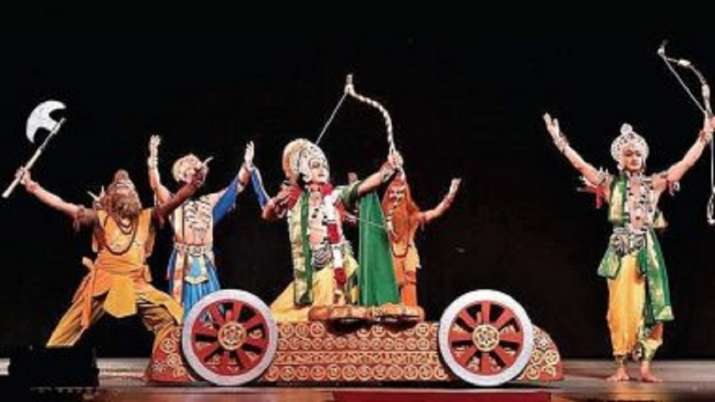 Life, at times, is stranger than fiction. When Rajendra Kashyap, a former village pradhan who was playing the role of King Dashrath, collapsed on stage after pronouncing 14-year-old exile for his son Ram, people clapped and cheered him for his excellent ‘acting’.

When Kashyap, 62, did not get up even after the audience had stopped clapping, his co-actors sensed that something was amiss.

They tried to make him get up and realised that he was dead.

The incident took place on Friday.

Sanjay Singh Gandhi, president of the Ramlila committee, said, “It was very tragic. Nobody realised what had actually happened. Everyone kept applauding, considering it to be a piece of great acting although he had suffered a massive cardiac arrest.”

By the time other cast members rushed Kashyap to the hospital, he had died.

A wave of sorrow swept across his village, whose residents had seen him enacting various Ramlila characters year after year since the past two decades.

Kashyap is survived by his wife, three sons and two daughters.