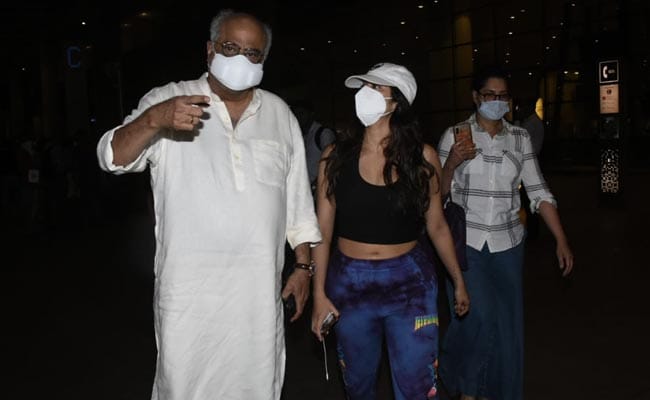 Boney Kapoor and Janhvi Kapoor at the airport.

Janhvi Kapoor, who returned from her vacation on Tuesday night, was accompanied by dad Boney Kapoor at the Mumbai airport. When the paparazzi asked Janhvi for pictures, she obliged. However, when the paps asked Janhvi to remove the mask, she refused. However, her dad and film producer Boney Kapoor started removing his mask. Janhvi asked her dad to put it back on. Photographers behind her were heard saying, “Kuch nahi hoga (Nothing will happen).” To which the actress replied, “Hoga, aise galat advice mat dijiye (It is not safe, please don’t give wrong advice),” she told them.

Check out the video here:

See the pictures of Janhvi and Boney Kapoor from the airport here: 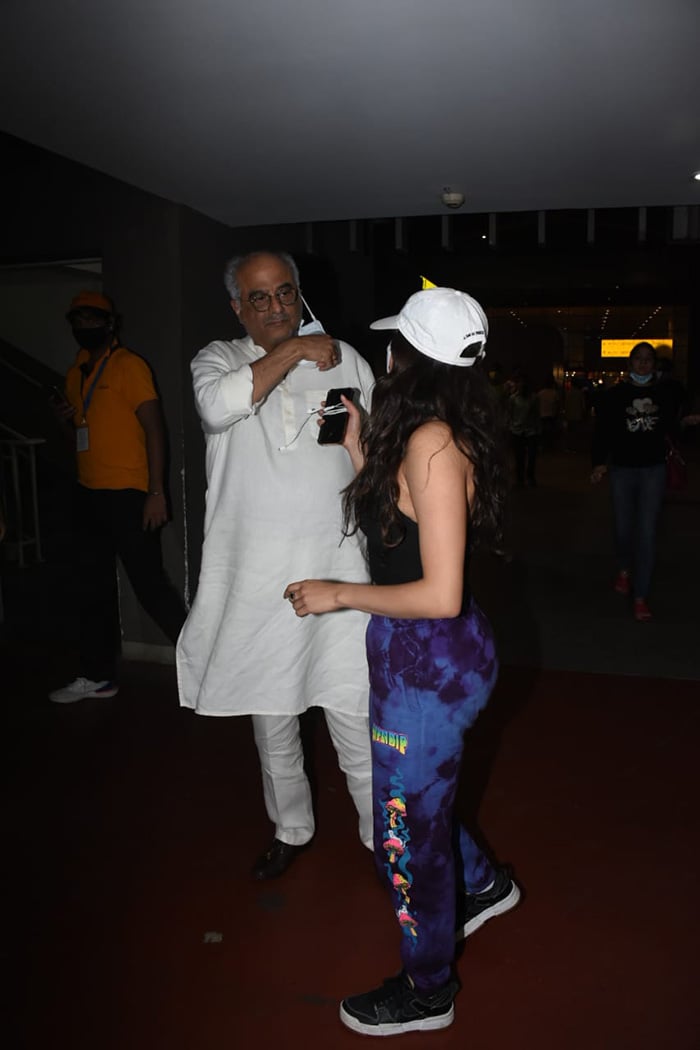 Janhvi and Boney Kapoor at the airport. 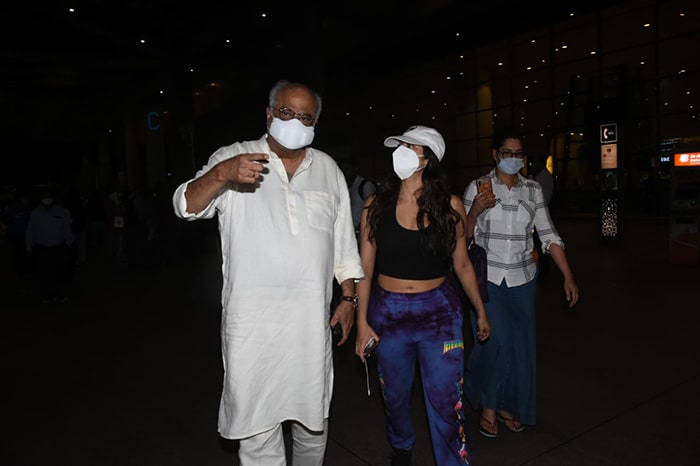 Janhvi and Boney Kapoor at the airport.

On Tuesday evening, the actress had shared pictures from her vacation and she wrote: “Somewhere over the rainbow.”

In terms of work, Janhvi Kapoor was last seen in the horror comedy Roohi, with Rajkummar Rao and Varun Sharma. The actress, who made her Bollywood debut with the 2018 film Dhadak, opposite Ishaan Khatter, has featured in films like Netflix’s Ghost Stories and Gunjan Saxena: The Kargil Girl. Her line-up of film includes comedy Dostana 2, which was meant to star Kartik Aaryan earlier. The film’s revised cast has not been announced as of now. She will also be seen in Good Luck Jerry.