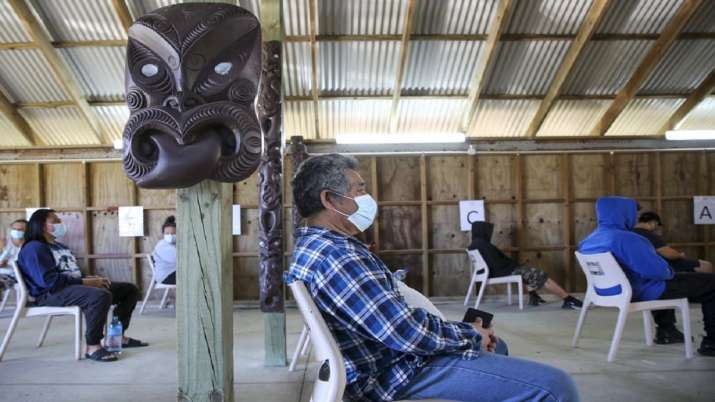 New Zealand’s government said Tuesday it will expand a vaccine mandate to include thousands of workers who have close contact with their customers- including employees at restaurants, bars, gyms and hair salons.

The changes will mean that about 40% of all New Zealand workers will need to get fully vaccinated against the coronavirus or risk losing their jobs, up from about 15% previously.

Speaking with reporters, Prime Minister Jacinda Ardern said she didn’t believe the new rules were an overreach of government power.

“This requirement means staff and customers are treated equally and it will play a big part in helping to minimize the spread of the virus in the highest-risk venues by reducing the potential for COVID to enter the business in the first place,” Ardern said.

Workers who had previously been told they needed to get their shots included teachers and health care professionals.

Tuesday’s announcement came just a few days after the government set a target of getting 90% of people aged 12 and over fully vaccinated in order to end the cycle of lockdowns.

Auckland, the largest city, has been in lockdown for more than two months after an outbreak of the delta variant.

As part of its plan to end lockdowns, New Zealand will also require people visiting high-traffic businesses to show vaccine passports to prove they’ve had their shots.

The conservative opposition National Party said there was no need for restrictions such as vaccine passports once vaccination targets were met.

“Some businesses will choose to require proof of vaccination. Others will not,” said opposition leader Judith Collins in a statement.