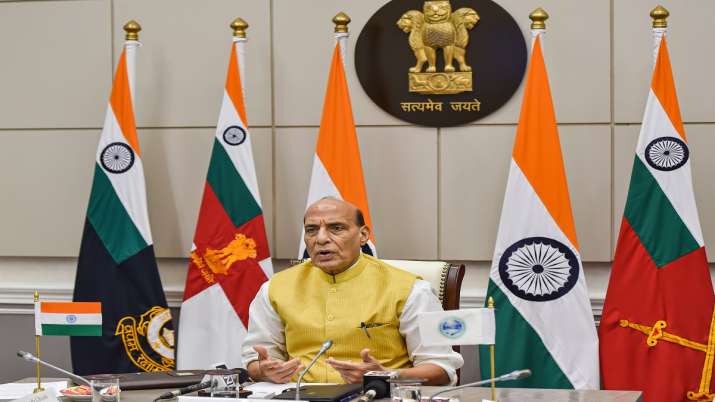 Welcoming Centre’s decision to reduce excise duty on petrol and diesel, Defence Minister Rajnath Singh on Wednesday thanked Prime Minister Narendra Modi for it and said that it will have a positive impact on the economy of India.

Taking to Twitter, the Defence Minister said, “On the eve of Diwali, the Central Government, under the leadership of Prime Minister Narendra Modi, has given a huge relief to the general public by reducing the excise duty on diesel and petrol by Rs 10 and Rs 5 respectively. I wholeheartedly welcome this decision.”

“This decision taken by Modiji will not only lighten the burden on the pocket of the common man but will also prove to be a great help in controlling inflation,” he further said.

“This decision will also have a positive impact on the economy. Hearty thanks to Prime Minister for this bold decision taken in the public interest,” he added.

In a significant decision, the Centre on Wednesday reduced excise duty on petrol and diesel to bring down the prices of the two petroleum products which had been seeing an upward trend. The relief to consumers came on the eve of Diwali. The Finance Ministry said that excise duty on petrol will come down by Rs 5 and that on diesel by Rs 10 and it will be effective from Thursday.

It urged the states “to commensurately reduce” VAT on petrol and diesel to give relief to consumers. Following this, states governments of Uttar Pradesh, Uttarakhand, Manipur, Gujarat, Assam, Karnataka, Goa and Tripura have also announced a reduction of VAT on fuel.