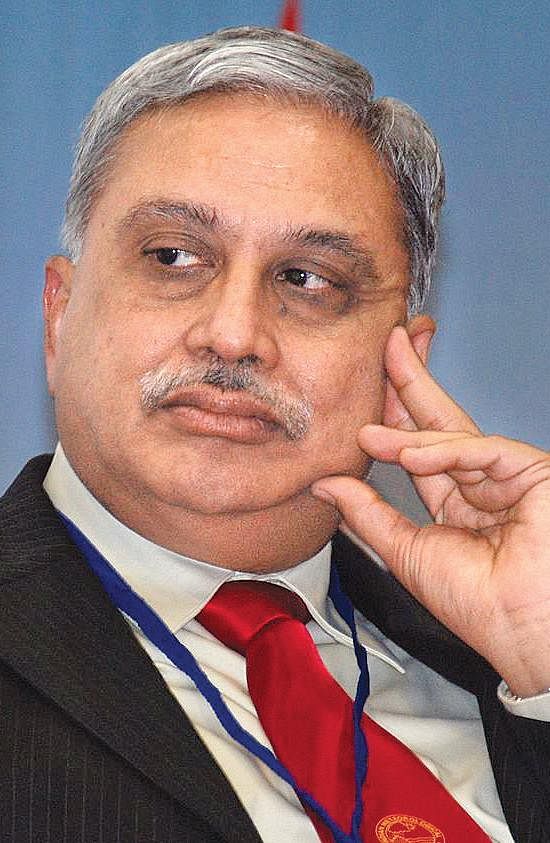 BENGALURU: Prime Minister Narendra Modi has committed India to a net-zero target at the COP26 in Glasgow. Speaking at the world summit, he also made a series of bold commitments on behalf of the country by 2030. While sceptics scoff at India’s aggressive commitments to decarbonise without a blueprint, experts say goal-setting is the first step towards implementation and transition.

“Before making a commitment on the world platform, there is a lot of backstage manoeuvring. Such commitments are backed on scientific research, deliberations and brainstorming. How do you make a beginning without setting goals?” asks Dr Shailesh Nayak, Director, National Institute of Advanced Studies (NIAS). The distinguished scientist says the transition towards 50 per cent dependence on non-fossil fuel-based energy is “possible and doable.”.

Excerpts from an interview:

Is PM Modi’s commitment to reduce dependence on fossil fuel for energy purposes by 50 per cent by the year 2030 feasible?
It is feasible and doable. Currently, 38 per cent of our installed capacity is non-fossil fuel-based energy. Increasing it further to 50 per cent is steep, but doable. Technically, there should be no issue. What we need is capacity building and financial capability to build the required infrastructure. The private sector will have to come forward to support the government’s commitment towards clean energy. Corporate giants are already investing heavily in green energy. Transitions don’t happen overnight. They should be gradual to be sustainable and long term.

What sort of threat do we face from methane emissions?
Our methane emissions are inconsequential. Industrial meat production, agriculture and natural gas extraction are the main sources. The biggest worry of large-scale methane emission comes from the exploitation of the Tibetan plateau and the Arctic region, rather than livestock and paddy cultivation. The latter two are red herrings. The militarisation of the Tibetan plateau by China in the garb of development activities and the exploration of natural gas by them in the Arctic region will disturb the permafrost and release huge amounts of methane, which will contribute to global warming in a big way. The immediate impact will be felt in India. This issue of grave concern has, ironically, not received global attention.

What should be the road map to reduce our dependence on fossil fuel energy?
It is not possible to completely rule out dependence on fossil fuel energy. Old thermal power plants which are more than 25 years of vintage that emit more carbon-di-oxide, should be phased out. Focus should be on developing critical and supercritical power plants to reduce CO2 emissions. We need technology to reduce emission per megawatt and finances from the developed world. Unfortunately, we have not covered much ground on nuclear energy, which is much cleaner than thermal power. We have already announced our Hydrogen mission, which will support green energy initiatives and help in replacing coal-based thermal power plants.

How can we achieve it?
Investment in development of renewable energy storage should be increased. Education and awareness on the long-term benefits of clean energy should go a long way in eliciting cooperation from the public. The hazards and costs of global warming — like floods, forest fires, etc., — should be conveyed at the grassroots level through Gram Panchayats, NGOs, etc., in a manner that people understand the importance of clean energy. While transition from fossil fuel to renewable energy should be incentivised, subsidising power will prove counterproductive. Non-payment of dues to discoms is a major reason for them incurring huge losses. Subsidies may be good for electoral politics; they do not make services sustainable. We need to pay for electricity.

Why did India not sign the COP26 pledge to stop deforestation and cut emissions by 2030?
After 1987, India conducts an audit of its forest cover every two years. Our vegetation cover has increased from 20 to 22 per cent in the last 30 years, which is substantial to absorb CO2 emissions.

How has India’s track record been in reducing Green House Gas Emissions (GHGE)?
India has done far better than the US, the UK and the other developed countries in respecting the Paris Agreement and its commitment towards renewable energy. In 2015, India’s nationally determined contributions (NDCs) had promised 40 per cent of the country’s electricity from non-fossil-fuel sources, and to reduce the emissions intensity by 33-35 per cent by 2030, compared with 2005 levels. The launching of the International Solar Alliance (ISA) and One Sun One World One Grid (OSOWOG) by India are some of the best mitigation strategies to fight against impacts of climate change. The Infrastructure for Resilient Island States (IRIS), essentially to operationalize the Coalition for Disaster Resilient Infrastructure (CDRI), will help in developing resilient infrastructure and adapting to climate change. India’s progress towards the Paris Agreement has been exemplary and will continue to reduce emission without compromising on developmental needs.