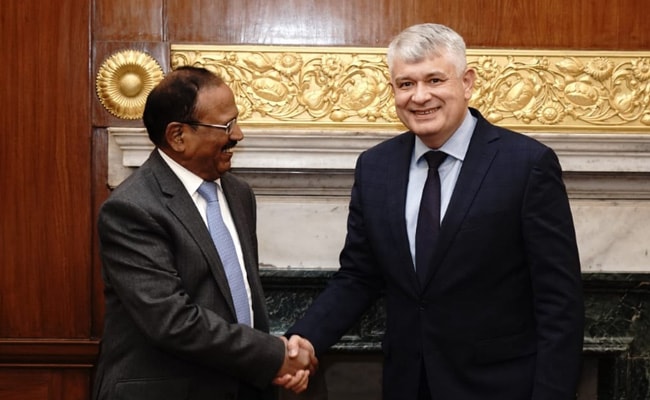 India is hosting a high-level regional security dialogue over the developments in Afghanistan.

National Security Advisor Ajit Doval met his Tajik and Uzbek counterparts on Tuesday where detailed discussions took place on the situation in Afghanistan following the Taliban takeover. Concerns were also expressed on the sharp increase in terrorist threats from Afghanistan in the recent past. Sources said the Tajik officials highlighted the gravity of situation in Afghanistan.

India is hosting a high-level regional security dialogue over the developments in Afghanistan. The Delhi Regional Security Dialogue, to be held today, will be chaired by Mr Doval. Sources had said several central Asian nations, as well as Russia and Iran, have confirmed participation.

This is for the first time that all central Asian countries — Tajikistan, Kyrgyzstan, Kazakhstan, Uzbekistan, and Turkmenistan – and not just Afghanistan’s immediate land neighbours, are participating in this format of dialogue.

At the meeting with Uzbek officials, the two sides discussed the looming humanitarian crisis in the war-torn nation and agreed that the future of Afghanistan must be decided by its people, sources said.

They felt that the legitimacy of any Afghan government within Afghanistan was important before the issue of its international recognition, sources said.

Both sides emphasized the need for Afghanistan’s neighbours to ensure unhindered access of humanitarian assistance to its people. They also agreed that neighbouring states must play a constructive role in Afghanistan.

They also agreed on the need for long-term economic development of the country.

On bilateral side, discussions took place on deepening cooperation in areas like defence, border management and border infrastructure development.