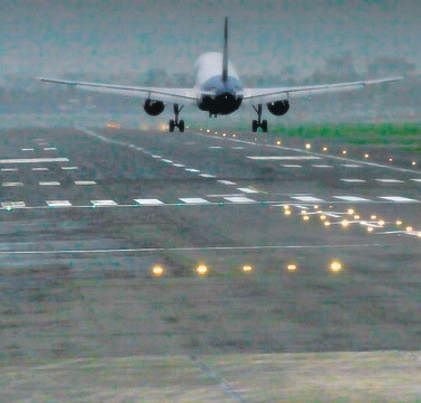 SRINAGAR : With Srinagar now boasting of a major airport, the tourism stakeholders in Kashmir are hopeful that it will lead to increase in flights, transparent charges and a surge in tourist arrivals to the Valley.

Travel Agents Association of India (TAAI) Kashmir chapter president Zahoor Qari told this newspaper that upgrade of Srinagar airport would benefit the tourism stakeholders in the Valley. “Late night flights will operate from Srinagar. And better services will be provided at airport for travellers,” he said, adding now the airport traffic would be regulated better.

With better services, more domestic and foreigners tourists would visit Kashmir, thus having a positive impact on tourism sector and economy. The Centre on Saturday declared Srinagar International Airport as a ‘major airport’ after its annual passenger footfall crossed 3.5 million. Now on, the Airports Economic Regulatory Authority will determine the tariff, including the development fee and passenger service fee, for aeronautical services at the Srinagar airport.

Houseboat Association Kashmir vice-president Manzoor Ahmad Pakhtoon welcomed the move, saying it was a good omen for the tourism industry. “We are expecting Srinagar airport to operate more flights now. The airfare will automatically come down if there are more flights.” Like Qari, Pakhtoon agreed that the development would facilitate more arrivals to the region.

Tourism stakeholders have been complaining about the skyrocketing price of Srinagar flights during the summer months when tourism is at its peak. “It is very high during peak season. We have been urging the civil aviation ministry to put a cap on airfare so that airlines don’t resort to profiteering during busy months,” Qari said. The government should sit with the airlines to ensure that tourists are shielded from fare surge, he said.