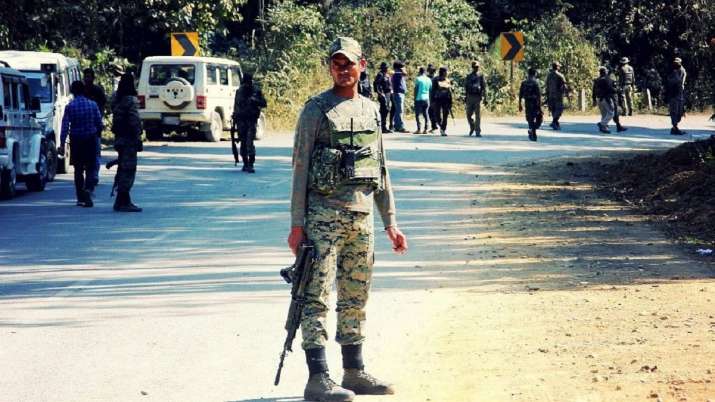 A commanding officer of an Assam Rifles unit, his wife and son along with 3 soldiers of quarters were killed in an ambush by terrorists on Saturday. The incident was reported from the Singhat sub-division of Manipur’s Churachandpur district. Family members of the commanding officer were present in the convoy, along with a Quick Reaction Team.

The incident occurred while commanding officer Col Viplav Tripathi was returning from one of his Coy post along the Myanmar border.

The chief minister took to Twitter and said, “Strongly condemn the cowardly attack on a convoy of 46 AR which has reportedly killed few personnel incl the CO & his family at Churachandpu today.”

“State forces & Paramilitary already on their job to track down the militants. The perpetrators will be brought to justice,” the chief minister said today.