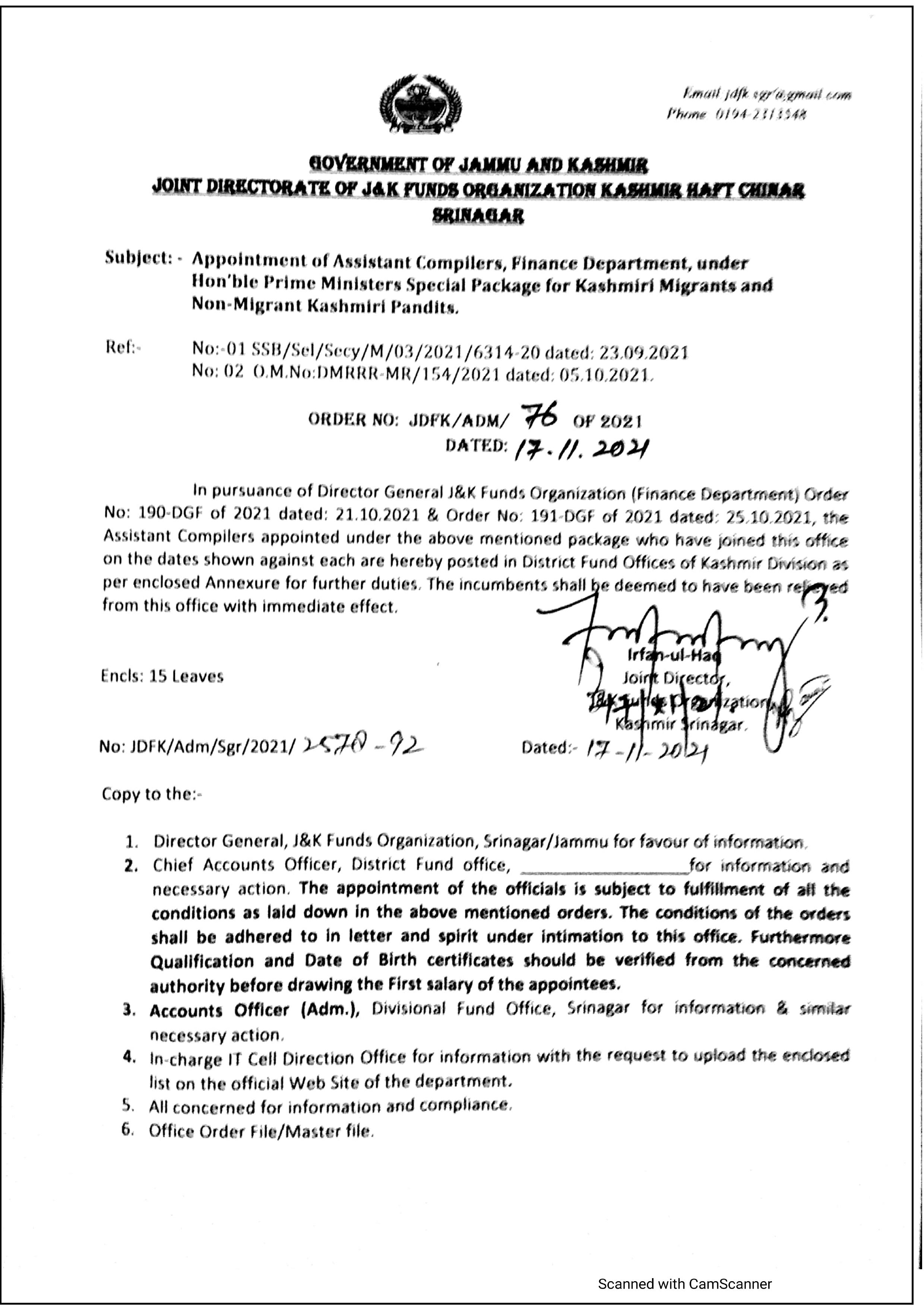 Kashmiri Pandits hired as part of a special recruitment drive by the J&K Funds Organisation have been posted to militancy-affected areas, News18 has learnt. With no security arrangements in place, the sensitive posting leaves them vulnerable to the kind of attacks and violence witnessed against civilians in Srinagar last month.

The postings were declared in an order dated November 17 by the J&K Funds Organisation which maintains General Provident Fund and State Life Insurance accounts of government employees in the Union Territory.

“The Assistant Compliers appointed under (Special Package for Kashmiri Migrants and Non-Migrant Kashmiri Pandits)… are hereby posted in District Fund Offices of Kashmir Division,” the order, a copy of which is News18 possession, states.

It proceeds to mention names and parentage of employees along with their address and date of joining under different district fund offices where they will be posted. These fund offices include those in Srinagar, Anantnag, Shopian, Kulgam, Pulwama, Budgam, Ganderbal, Bandipora, Baramulla and Kupwara — all areas that are known to witness militant activities from time to time.

ALSO READ | ‘Do Not Travel to Jammu and Kashmir’: US Issues Advisory for Americans, Cites Terrorism

While counter-terror operations are regularly carried out in these areas, civilians, particularly those from the minority Hindu and Sikh communities, have been increasingly targeted by terror outfits in the last one-and-a-half months.

At least seven people were killed by militants in the Valley in a span of five days in October. Four of them belonged to minority communities — pharmacy owner Makhan Lal Bindroo, street food vendor from Bihar Virender Paswan, and teachers Deepak Chand Mehra and Supinder Kaur. The Resistance Force, a shadow outfit of the Pakistan-based terror group Lashkar-e-Taiba (LeT), claimed responsibility for the deaths.

With the targeted attacks triggering a wave of panic in the Valley’s population, security forces have ramped up the crackdown on TRF in these areas, making the postings more unsafe for Kashmiri Pandits.

Seven suspected militants were killed by security forces in Kashmir this week, five of whom were believed to belong to The Resistance Front. TRF commander Afaq Sikander was killed in an encounter in Kulgam district, one of the posting venues mentioned in the J&K Funds Organization order.