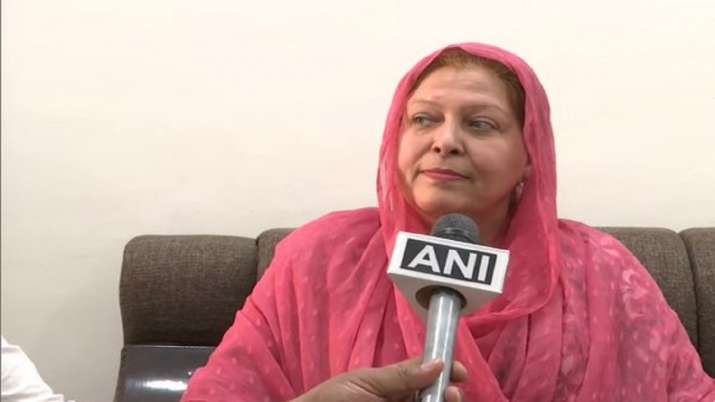 As new ministers took oath in the Ashok Gehlot-led Rajasthan government cabinet reshuffle on Sunday, Congress MLA Shafia Zubair who seemed upset with the government expansion said those with bad reputation have been promoted.

“Cabinet’s structure could’ve been better. Those with a bad reputation have been promoted. Overall, Cabinet is not sending a good message. Women (MLAs) didn’t get 33 per cent reservation (in the Cabinet),” Shafia Zubair said.

“In our district (Alwar), it is well known that Tikaram Juli is a corrupt man and that his family is involved in the collection. I asked the party leadership to remove him but instead, he has been made a minister. I am against it,” Johari Lal Meena said.

“He (MLA Johari Lal Meena) is a senior leader of the party. I respect him but his allegations are totally baseless. He should come out with proof, if he has any, to back his allegations,” Tikaram Juli responded.

Fifteen new Rajasthan ministers took oath on Sunday at the Raj Bhavan as part of the Cabinet reshuffle, officials said.

The ministers include 11 Cabinet ministers and four ministers of state (MoS).

The new Rajasthan cabinet see 12 new faces, including five from the Sachin Pilot camp, in the reshuffle.

This is the first cabinet reshuffle of the Gehlot government which came to power in December 2018.

Three ministers — Govind Singh Dotasra, Harish Chaudhary and Raghu Sharma — have been dropped and their resignations have been accepted by the governor on recommendation of the chief minister while three ministers — Mamta Bhupesh, Tikaram Jully and Bhajan Lal Jatav– have been elevated from MoS to cabinet rank.

While Dotasra, Chaudhary and Sharma resigned on Friday, other ministers resigned in a meeting of council of ministers on Saturday.

The resignation of Sharma, Chaudhary and Dotasra was accepted as they hold party positions and the “one man, one post” formula has been applied in the state.

Sharma has been appointed as the All India Congress Committee (AICC) in-charge for Gujarat and Chaudhary as the AICC in-charge for Punjab.

The Ashok Gehlot-led Congress government will have a total of 30 ministers, including 18 who had resigned earlier.

Rajasthan can have a maximum of 30 ministers including the chief minister.

Three ministers of state — those have been elevated to cabinet rank — are from the Scheduled Caste (SC) community, party sources said.

The new state cabinet will have four SC members and three ministers from the Scheduled Tribe (ST) community, the sources said, adding that the cabinet will also feature three women — a Muslim, one from the SC community and a Gujjar.