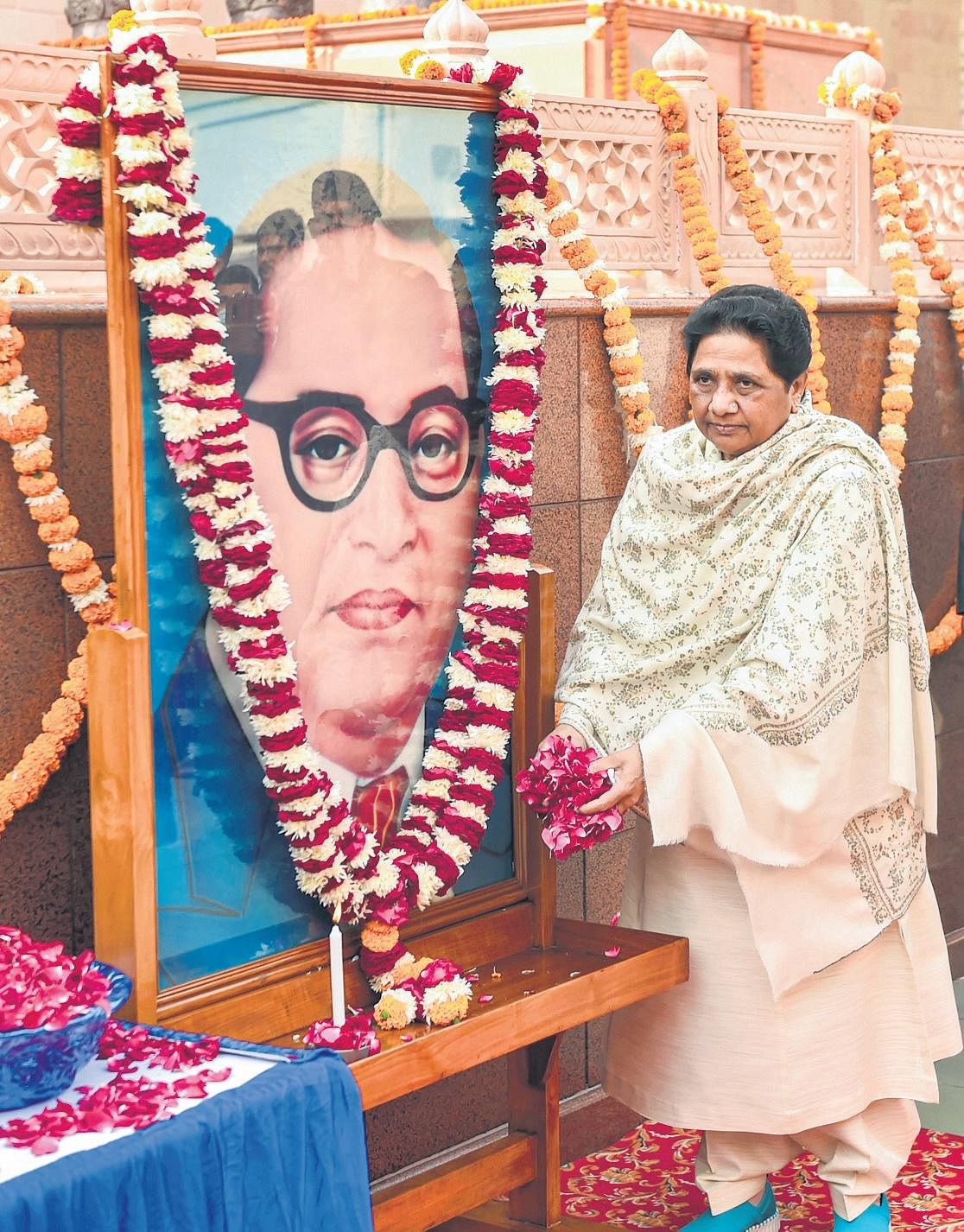 LUCKNOW: Exuding confidence that her Bahujan Samaj Party (BSP) would come back to power in Uttar Pradesh with an “absolute majority” after the 2022 Assembly polls, party chief Mayawati launched an indirect attack on Samajwadi Party (SP) saying that even before achieving victory, it was taking out Vijay Rath Yatra.

“With an ‘absolute majority’ the BSP would form government in Uttar Pradesh, stronger than it was after winning with a clear majority in 2007,” said Mayawati while interacting with media persons after paying tribute to Dr BR Ambedkar on his 65th death anniversary here on Monday.

The BSP supremo said the only remedy for governments not running according to the Constitution was to throw them out of power. Mayawati claimed that taking to streets would be of no use.

“Only changing the power will do. When there is a change of power, the Constitution will be saved. People who are opposed to Babasaheb Ambedkar’s (ideas) are in power then what will we do by taking to the streets?” she asked.

Launching an attack on the Akhilesh-led SP and cautioning the electorate against it, Mayawati said people knew that during  Akhilesh’s regime, hooliganism and mafia were at peak. “People are not going to get bullied by them this time,” said the BSP chief.

Sharing her party’s poll plan for two other states, Mayawati said: “In Uttarakhand the BSP will contest all the seats on its own and in Punjab in alliance with the Shiromani Akali Dal.”

The former chief minister also accused the ruling BJP and other parties of not giving Scheduled Castes the full benefits of their legal rights enshrined in the Constitution.

While flaying the saffron party, Mayawati said the state and central governments didn’t do enough to save the downtrodden from the atrocities faced by them.

Lucknow: Uttar Pradesh Chief Minister Yogi Adityanath on Monday took jibe at the previous Samajwadi Party-led government in Uttar Pradesh saying that the then chief minister Akhilesh Yadav made Azamgarh “a stronghold of criminals” during his tenure. Adityanath’s remarks came at the inauguration of 37 developmental projects worth `122.43 crore in Azamgarh district. The chief minister said that by making Azamgarh, “Atankgarh (a terror hub)”, the SP created a “crisis of identity” for the youth of the district.

“When professional criminals and mafia lived here, there used to be fear in the minds of poor and businessmen,” he said. It may be noted that SP chief Akhilesh Yadav represents Azamgarh in Lok Sabha. Adityanath also took jibe at Akhilesh for opposing Covid-19 vaccine and calling it the “vaccine of BJP”. ENS