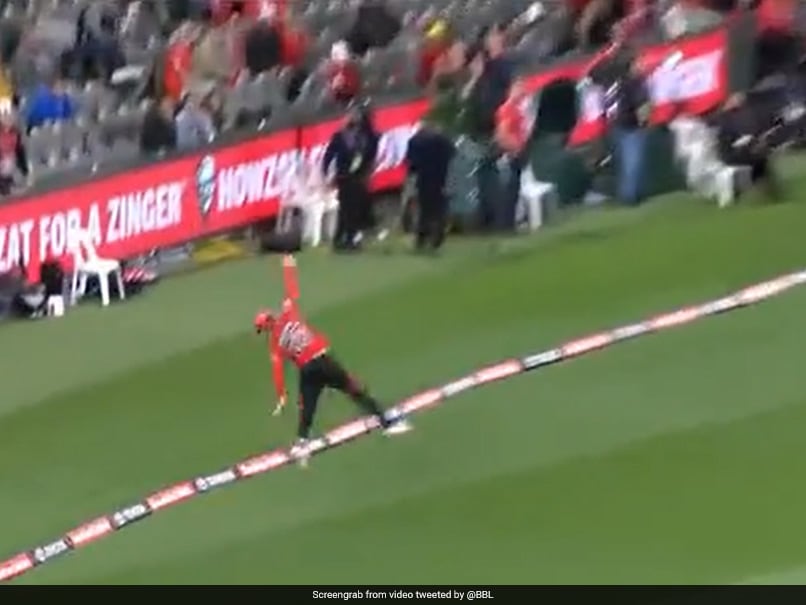 Australian teenager Jake Fraser-McGurk pulled off a one-handed stunner at the deep mid-wicket boundary to dismiss Adelaide Strikers batter Jake Weatherald in a Big Bash League (BBL) fixture at the Marvel Stadium. On the second ball of the seventh over by spinner Zahir Khan, Weatherald connected the ball sweetly and swept with immense power towards Fraser-McGurk, who timed his jump to perfection to grasp an absolute peach of a catch. It was Renegades’ second breakthrough as Strikers were reduced to 50/2 just after the powerplay.

The video was posted by the BBL Twitter handle with a caption that read:

Youngster Fraser-McGurk made up for a disappointing outing with the bat after he was dismissed for eight runs off 11 balls. Incidentally, it was Weatherald who took the catch to dismiss the teenager in the first innings of the match.

In reply, Strikers started on a bright note but fall of regular wickets always kept Renegades in the hunt. Eventually, the bowlers kept their nerves to help Renegades defend their total and register a two-run victory.

Spinner Zahir was the pick of the bowlers with figures of three for 24 runs while Will Sutherland took two wickets in two overs, giving away 13 runs.