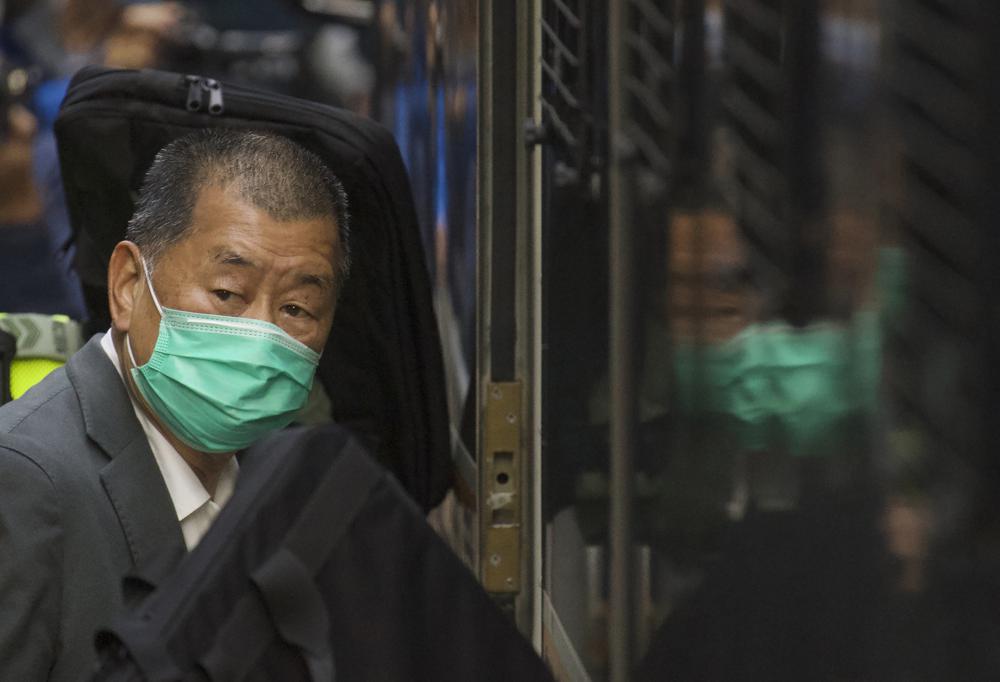 A Hong Kong court on Monday sentenced activist and business tycoon Jimmy Lai to 13 months in jail for urging participation in last year’s banned Tiananmen vigil, amid a crackdown by Chinese authorities that has rolled back the semi-autonomous city’s civil liberties.

The District Court convicted seven others on similar charges and handed out sentences of up to 14 months.

Hong Kong’s government has banned the candlelight vigil for the past two years on pandemic control grounds, although it is widely believed the ban is intended to be permanent as authorities look to squelch the city’s pro-democracy movement.

Lai, the founder of the now-shuttered pro-democracy newspaper Apple Daily, has already been jailed for taking part in pro-democracy protests for which he will serve a total of 20 months.

In the latest case, he was convicted on Thursday of inciting others to take part in the unauthorised assembly to memorialise those killed in the army’s bloody crackdown on student-led pro-democracy protests that centered on Beijing’s Tiananmen Square in 1989.

Two other defendants convicted along with Lai, lawyer Chow Hang-tung and former reporter Gwyneth Ho, were sentenced to 12 and six months respectively for participating in the vigil.

Chow was also sentenced for inciting others to join. The trio had previously pleaded not guilty to the charges.

Others sentenced Monday included Lee Cheuk-yan, the former chairman of the now-defunct Hong Kong Alliance in Support of Patriotic Democratic Movements of China.

Lee received 14 months for organising last year’s unauthorised assembly, during which thousands of people gathered to light candles and sing songs in Hong Kong’s Victoria Park despite police warnings that they may be breaking the law.

The remainder were given sentences ranging from four months, two weeks, to nine months.

The Hong Kong Alliance previously organised a candlelight vigil each June, the only large-scale public commemoration on Chinese soil of the 1989 crackdown in Beijing.

More than a dozen activists had already been convicted over the banned vigil, most of whom pleaded guilty, including outspoken activist Joshua Wong, who was given 10 months in jail for participating.

He was already in jail after a previous conviction on other charges related to his activism.

Two other activists in the case, Nathan Law and Sunny Cheung, have fled the city.

Lai’s Apple Daily was forced to shut down in June after police froze USD 2.3 million of its assets, searched its office and arrested five top editors and executives.

The Hong Kong Alliance disbanded in September, amid accusations from the government that the organisation was working for foreign interests. Leaders of the alliance categorically denied the accusations.

Lai, 73, is currently serving a separate 14-month jail term for other convictions earlier this year also related to unauthorised rallies in 2019, when hundreds of thousands repeatedly took to the streets in the biggest challenge to Beijing since the British handed over the city to Chinese control in 1997 under a “one country, two systems” framework.

Under that arrangement, Beijing promised that the territory could retain its freedoms not found on the mainland for 50 years, but has largely reneged on that pledge by severely curtailing free speech and barring pro-democracy politicians from office.

In the face of criticism at home and abroad, Chinese and Hong Kong officials have repeatedly emphasised promotion of the law and its supposed role in safeguarding national security and social stability, even to students at the lowest grades.

At a meeting of kindergarten and primary school teachers Monday, Justice Secretary Teresa Cheng lectured on the need to deepen the education sector’s correct understanding of the legislation and Hong Kong’s revised electoral system that stacks the Legislative Council with deputies loyal to Beijing.

“The law aimed to close national security loopholes by effectively preventing, suppressing and imposing punishment for any act that endangers national security,” Cheng said, adding that she expects teachers to impart correct knowledge of such matters.

The Hong Kong government and Beijing have rejected accusations that the new electoral system undermines democracy, saying it was merely a move to improve the efficiency of the city’s Legislative Council.

Chinese Foreign Ministry spokesperson Wang Wenbin on Monday reiterated that this month’s council election is entirely an internal affair of China, and no external forces with ulterior motives are allowed to make irresponsible remarks about it.

“We urge the parties concerned to abandon their prejudice and malice, stop smearing and discrediting Hong Kong’s democratic development, and stop interfering with and undermining the Special Administrative Region election,” Wang told reporters at a daily briefing.

FILE – In this Feb. 1, 2021, file photo, democracy advocate Jimmy Lai leaves the Hong Kong’s Court of Final Appeal in Hong Kong. Lai was given a sentence of 13 months in jail Monday, Dec. 13, 2021, for urging participation in last year’s banned Tiananmen candlelight vigil, while seven others convicted on similar charges received sentences of up to 14 months. (AP Photo/Vincent Yu, File)