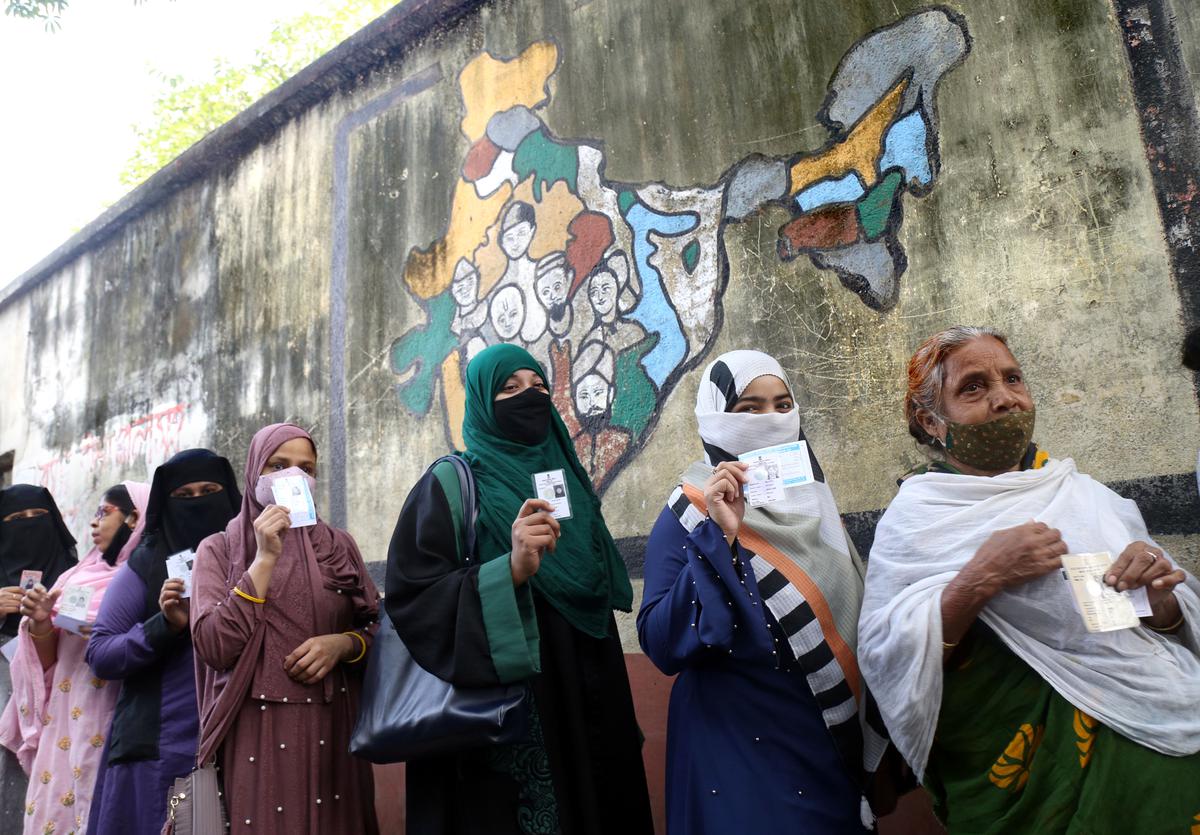 Police have deployed over 23,000 personnel across 4,939 polling booths in the city.

Isolated incidents of violence and allegations of Opposition parties marked the polling for the Kolkata Municipal Corporation (KMC) on Sunday. Voting in the 144 wards is under way on Sunday without the deployment of central armed police forces. Kolkata Police have deployed over 23,000 personnel across 4,939 polling booths in the city.

One person was injured after a crude bomb was hurled in Beleghata area in Kolkata and there were reports of bombs being hurled in Khanna locality of the city as well. Police confirmed the two incidents of bombing and said one person had been arrested. Polling started at 7 a.m., and by 1 p.m. about 38% voters had exercised their franchise.

Meena Devi Purohit, councilor representing the BJP from ward number 22 of the KMC, alleged that she was assaulted by Trinamool Congress (TMC) supporters. There was scuffle outside a polling venue in Brabourne Road which falls under ward number 45. Supporters of the Congress and the TMC were involved in the scuffle and the police personnel had to intervene to control the situation.

“In many booths our polling agents have been forcibly removed or not been allowed to enter. There have been many instances of our party candidates, including Meena Devi Purohit, Brajesh Jha and many others, being physically assaulted,” a letter by the BJP to Kolkata Police Commissioner read. The BJP leadership called for protests in the city from 1 p.m. against these irregularities.

The polls are crucial not only because its outcome will decide who will administer the city’s civic body for the next five years but also because the TMC Government has assured that the polls will be “free and fair” without requisitioning deployment of additional forces.

A spokesperson of Kolkata Police said that overall, the polling had been peaceful and 72 persons had been arrested so far. “We have attended all the complaints which has been brought before us,” he said.

The TMC leadership, including party general secretary Abhishek Banerjee, had publicly warned party supporters of strong action if they indulged in any kind of irregularities or violence which would hamper the polling process.

After casting his vote on Sunday, Mr. Banerjee alleged that candidates who were contesting civic polls in Tripura could not cast votes but the situation was completely different in Kolkata. The TMC general secretary said that in case anyone from his party was found involved in any kind of irregularities exemplary action would be taken against the person. Mr. Banerjee urged mediapersons to bring footage of involvement of TMC workers in electoral malpractices if they had such videos.