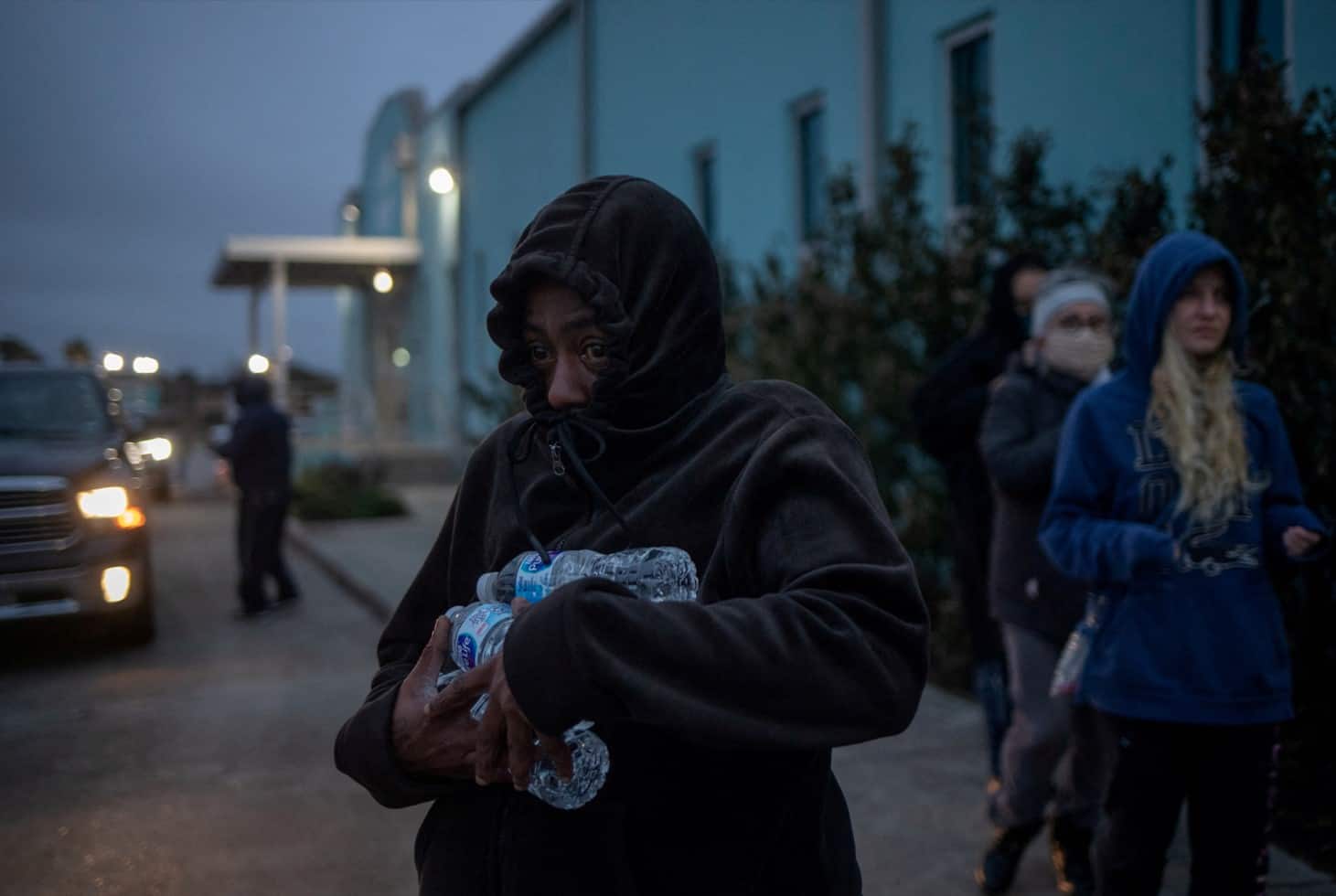 New Delhi: Extreme weather events in 2021 shattered records around the globe. While hundreds died in storms and heatwaves, farmers struggled with drought, and in some cases with locust plagues. Wildfires set new records for carbon emissions and swallowed forests, towns and homes.

Many of these events were exacerbated by climate change. Scientists say there are more to come – and worse – as the Earth`s atmosphere continues to warm through the next decade and beyond.

Here are some of the events witnessed over the past year:

Scientists have not reached a conclusion on whether climate change caused extreme weather, but the warming of the Arctic is causing more unpredictable weather around the globe.

(A woman carries bottled water she received from a shelter after record-breaking temperatures in Texas | PHOTO: Reuters)

February — Kenya and other parts of East Africa battled some of the worst locust plagues in decades, with the insects destroying crops and grazing grounds. Scientists say that unusual weather patterns exacerbated by climate change created ideal conditions for insects to thrive. March — Beijing`s sky turned orange and flights were grounded during the Chinese capital`s worst sandstorm in a decade. Busloads of volunteers arrive in the desert each year to plant trees, which can stabilize the soil and serve as a wind buffer. Scientists predict climate change will worsen desertification, as hotter summers and drier winters reduce moisture levels.

June — Nearly all of the western United States was gripped by a drought that emerged in early 2020. Farmers abandoned crops, officials announced emergency measures, and the Hoover Dam reservoir hit an all-time low. By September, the U.S. government confirmed that over the prior 20 months, the Southwest experienced the lowest precipitation in over a century, and it linked the drought to climate change.

June — Hundreds died during a record-smashing heatwave in the U.S. and Canadian Pacific Northwest, which scientists concluded would have been “virtually impossible” without climate change. Over several days, power lines melted and roads buckled. Cities, struggling to cope with the heat, opened cooling centers to protect their residents. During the heatwave, Portland, Oregon, hit an all-time record high of 116 Fahrenheit (46.7 Celsius).

July — Catastrophic flooding killed more than 300 people in central China`s Henan province when a year`s worth of rain fell in just three days. Meanwhile, in Europe, nearly 200 people died as torrential rains soaked Germany, Belgium and the Netherlands. Scientists concluded that climate change had made floods 20% more likely to occur.

July — A record heatwave and drought in the U.S. West gave rise to two massive wildfires that tore through California and Oregon and were among the largest in the history of both states. Scientists say both the growing frequency and the intensity of wildfires are largely attributable to prolonged drought and increasing bouts of excessive heat from climate change. 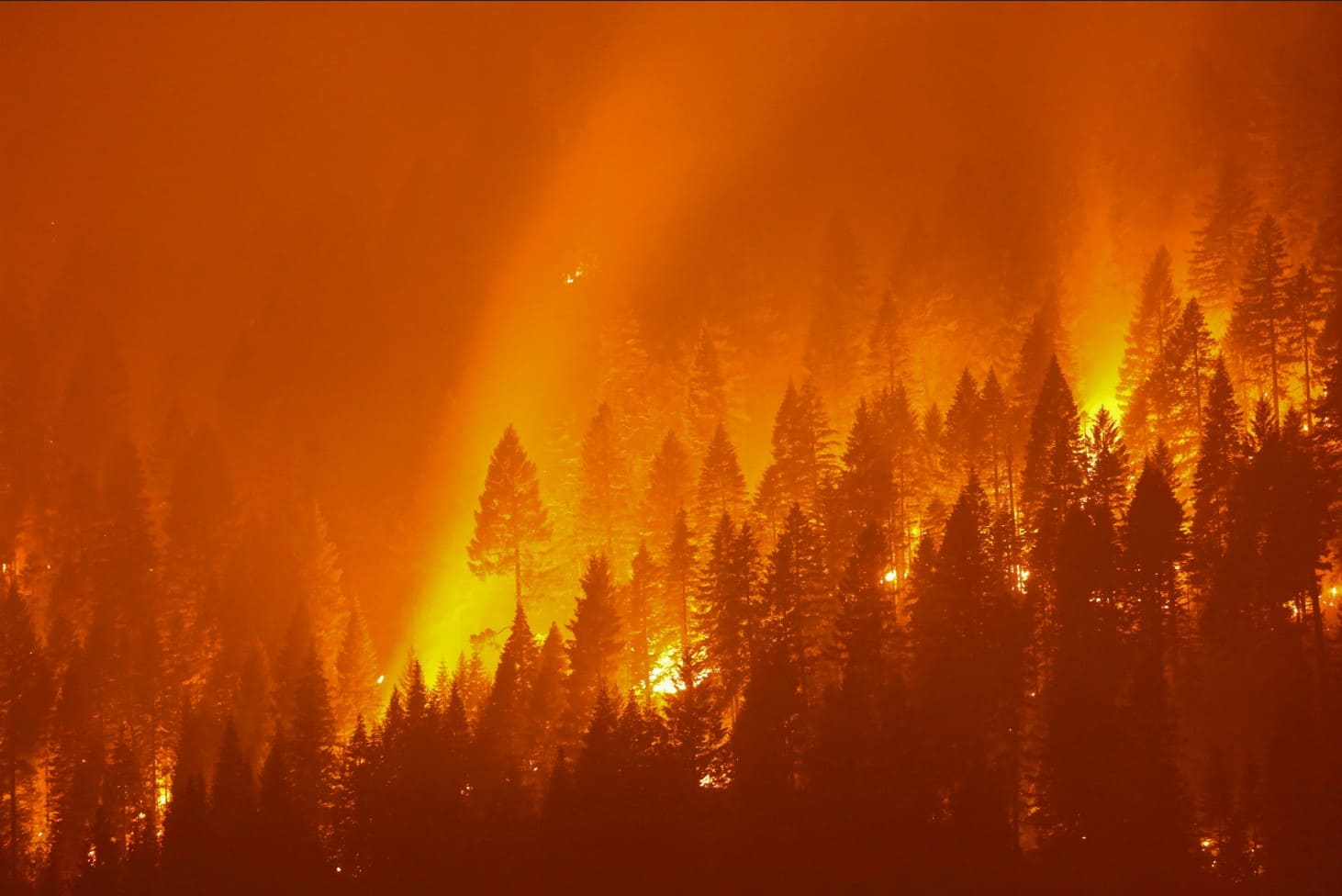 July — Large parts of South America are suffering from a prolonged drought. While Chile is enduring a decade-long megadrought linked to global warming, this year Brazil saw one of its driest years in a century. In Argentina, the Parana, South America`s second-longest river, fell to its lowest level since 1944. Around the globe, heatwaves are becoming both more frequent and more severe.

August — In the Mediterranean, a hot and dry summer fanned intense blazes that forced thousands of people to evacuate their homes in Algeria, Greece and Turkey. The fires, which killed two people in Greece and at least 65 in Algeria, struck amid an intense heatwave, with some places in Greece recording temperatures of over 46 Celsius (115 Fahrenheit).

Late August — Nearly all the world`s mountain glaciers are retreating due to global warming. In the Alps, Swiss resort employees laid protective blankets over one of Mount Titlis`s glaciers during the summer months to preserve what ice is left. Switzerland already has lost 500 of its glaciers, and could lose 90% of the 1,500 that remain by the end of the century if global emissions continue to rise, the government said.

August/September — Hurricane Ida, which hit Louisiana as a Category 4 storm, killed nearly 100 people in the United States and caused an estimated $64 billion in damage, according to the NOAA National Centers for Environmental Information. As the remnants of Ida moved inland, the heavy rains created flash flooding across the densely populated Northeast, vastly increasing the storm`s death toll. 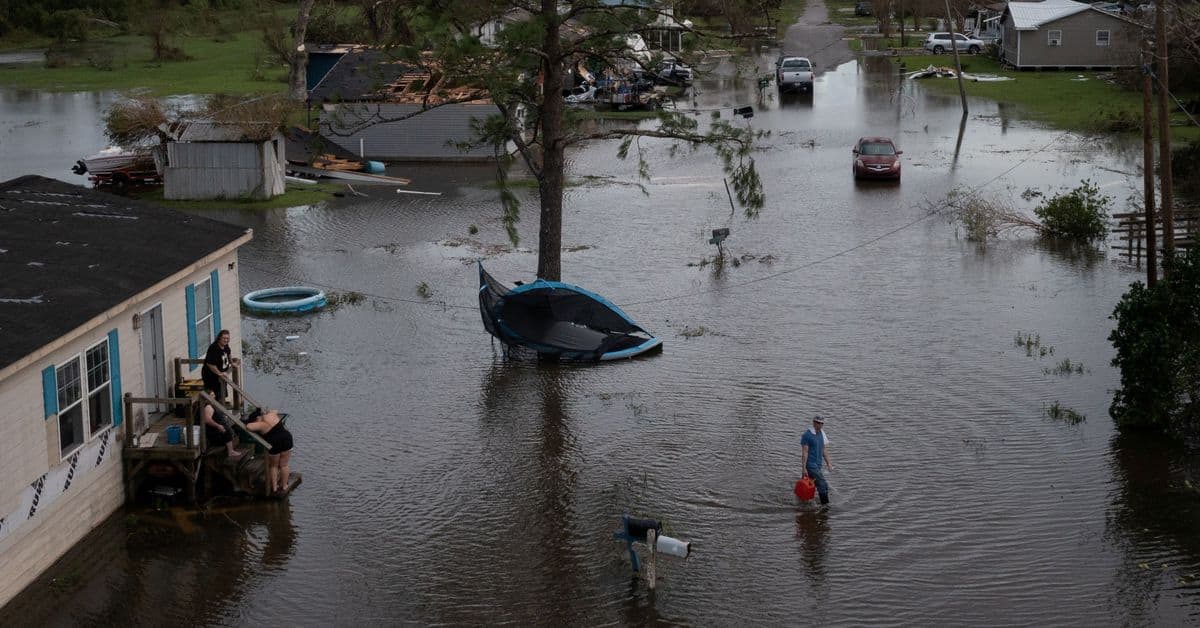 Climate change is strengthening hurricanes, while also causing them to linger longer overland – dumping more rain on an area before moving on. Studies also suggest these storms are becoming more frequent in the North Atlantic.

September — Infrastructure and homes in Russia are increasingly in peril as underground permafrost melts and deforms the land underneath them. Permafrost was once a stable construction base, in some regions staying frozen as far back as the last Ice Age. But rising global temperatures threaten the layer of ice, soil, rocks, sand and organic matter.

November — The worst floods in 60 years in South Sudan have affected about 780,000 people, or one in every 14 residents, according to the U.N. refugee agency. Every year the county goes through a rainy season, but flooding has set records for three years in a row. The destruction will likely increase as temperatures rise, scientists say.

November — A massive storm dumped a month`s worth of rain over two days in the Canadian province of British Columbia, unleashing floods and mudslides that destroyed roads, railroads and bridges. It is likely the most expensive natural disaster in Canada`s history, although officials are still assessing the damage. 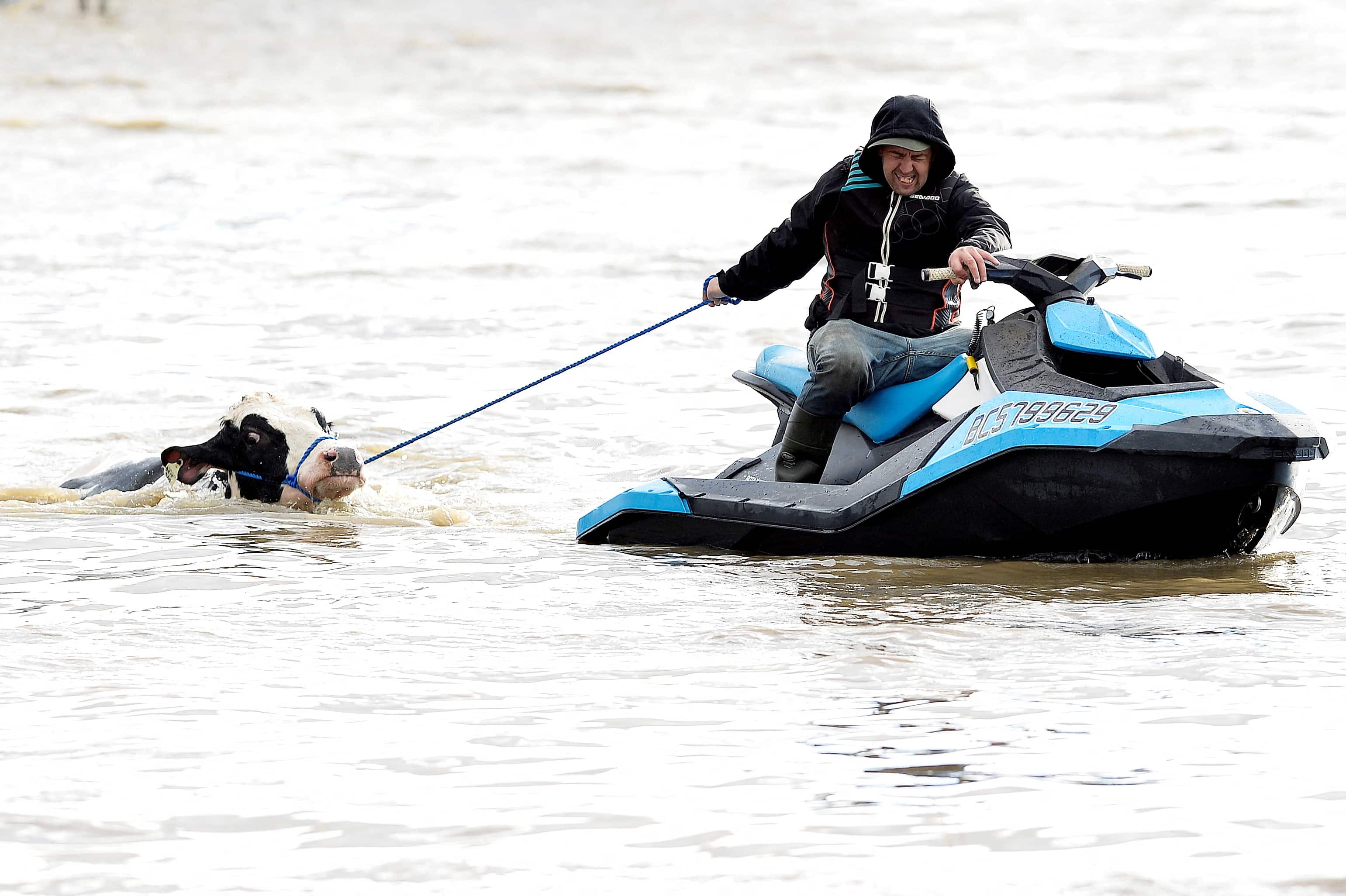 (Rainstorms cause flooding and landslides in the western Canadian province of British Columbia | PHOTO: Reuters)

Meteorologists said the rain had come from an atmospheric river, or a stream of water vapour stretching hundreds of miles long from the tropics. Atmospheric rivers are expected to become larger — and possibly more destructive — with climate change, scientists say.