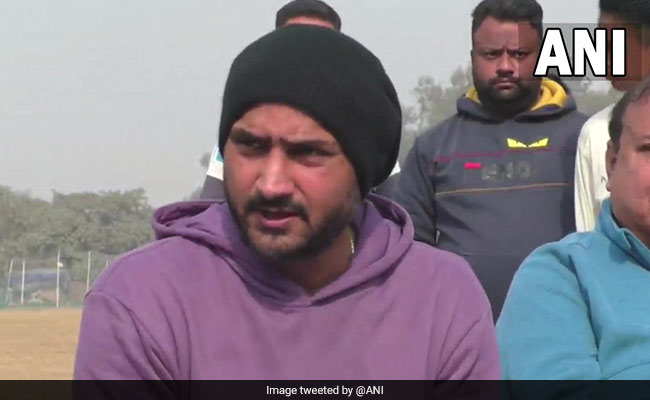 Ex-India cricketer Harbhajan Singh – who announced his retirement yesterday amid buzz he could join electoral politics – claimed Saturday that he is fielding offers from several parties.

However, the off-spinner, who helped India win the 2011 World Cup, refused to be drawn on speculation and only said that his future (post-cricket) plans were “something I have not decided”.

“Future plan is something I have not decided, I will stay connected with cricket… it is because of cricket people know me. As far as my political career… when it happens, I will let everyone know.”

“To be honest, I have not thought about it. I have offers from different parties to join… but I will have to sit and think very wisely. It won’t be a small decision because it is a demanding job. I do not want to do it half-heartedly. The day I think I am prepared to do it, I will go for it,” Harbhajan said.

Speculation over Harbhajan Singh’s next innings resurfaced earlier this month after Punjab Congress chief and fellow ex-cricketer Navjot Sidhu posted a photo of the two with a cryptic note.

Asked about the photo with Sidhu, Harbhajan replied: “It was a casual meeting. Polls are near so I understood why people speculate… but there is nothing. If I enter politics, I will let everyone know.”

This was after yet more speculation that both Harbhajan and another ex-India cricket star – all-rounder Yuvraj Singh – might join the BJP ahead of the 2022 Assembly election in Punjab.

Harbhajan, however, moved to quash such talk; a firm tweet called it “fake news”.

Buzz about his political career has been around since the 2019 Lok Sabha election.

Then too he ruled out following Navjot Sidhu in swapping cricketing whites for political rallies. He said: “There are too many seasoned people in the politics. So, I have no plan.”

Punjab votes in an Assembly election in February-March, and it would be a big boost – for the image of either the Congress or the BJP – to land Harbhajan and/or Yuvraj before polling begins.

The BJP is eager to take advantage of recent turmoil within the Congress – which many have traced to the Sidhu-Amarinder Singh feud – and win back Punjab. It already has one recent ex-India cricketer in its ranks – Delhi MP Gautam Gambhir.

The Congress, meanwhile, is determined to retain control of Punjab – one of very few states it rules outright – and being able to field Harbhajan, who played thrice with Sidhu, would be a big thing.

With input from ANI, PTI