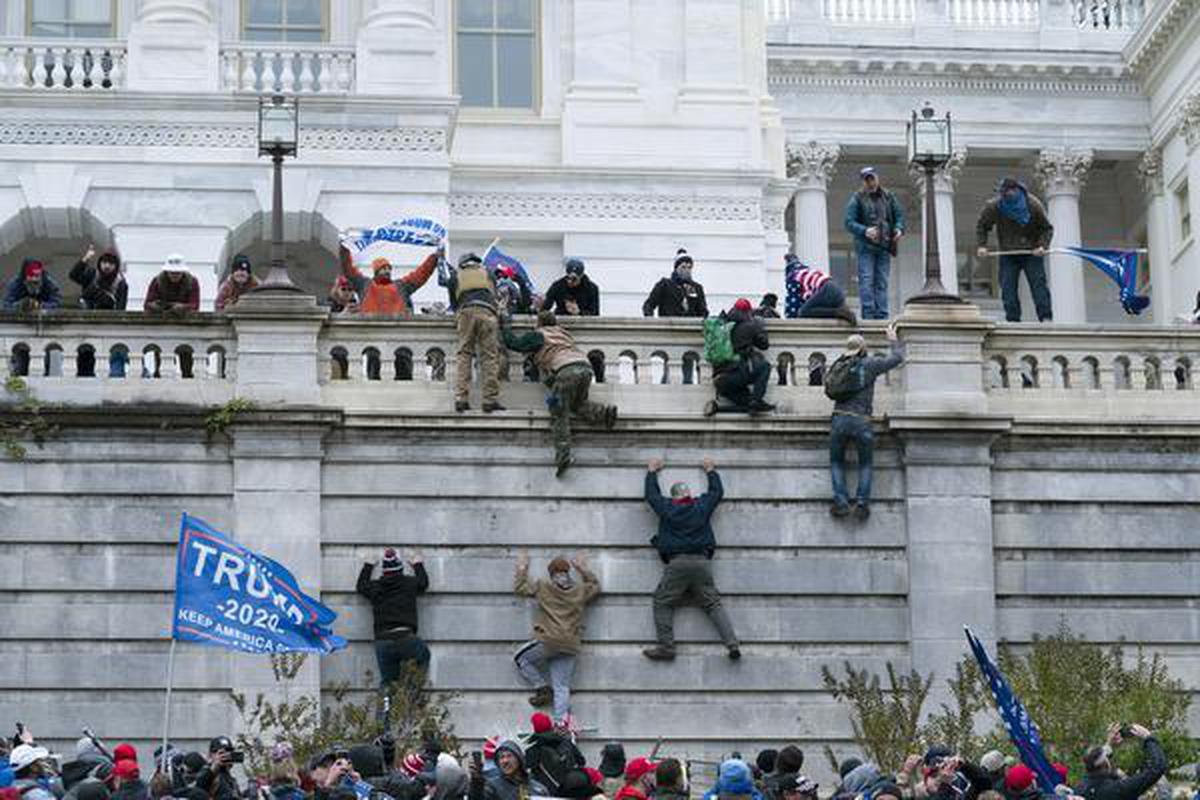 On the first anniversary of the Capitol riot, President says Trump spread ‘a web of lies’ about 2020 election

U.S. President Joe Biden ripped into his predecessor Donald Trump during remarks delivered at the Capitol to mark the first anniversary of the attack on the building by a mob of Trump supporters.

The mob, riled up after listening to a speech by Mr. Trump, broke into the Capitol on January 6, 2021 to disrupt the counting of electoral college votes, in an effort to prevent Mr. Biden from being declared the winner of the November 2020 elections. Over 700 individuals have been arrested in connection with the attack.

Mr. Trump had, in 2020, suggested that the elections would be rigged, even before they occurred — a fact Mr Biden brought up in his remarks. “He was just looking for an excuse, a pretext to cover for the truth. He’s not just a former President. He’s a defeated former President,” Mr. Biden said. “You can’t love your country only when you win.”

Mr. Trump was trying to impose his will via a mob that was “ransacking the Capitol, destroying property, literally defecating in the hallways, rifling through the desks of Senators representatives, hunting down members of Congress,” Mr. Biden said. Mr. Trump was impeached by the Democrat-led House of Representatives for ‘incitement of insurrection’ days after the January 6 attack. He was acquitted by the Senate, 57-43 (a conviction required 67 votes).

Violent insurrectionists loyal to President Donald Trump scale the west wall of the the U.S. Capitol in Washington, January 6, 2021. File

“I did not seek this fight brought to this Capitol one year ago today. But I will not shrink from it either,” he said, as he asked Americans to use January 6 as the beginning of an era of “liberty and fair play”. He paid tribute to those who died a year ago in the attack. There were five deaths at the time, including one police offer. Four other officers, who had been at the building on the day of the attack, had committed suicide in the ensuing months.

Mr. Biden also made a passing reference to a global angle to the events, when he said countries like Russia and China were betting against democracy and on America becoming more like them.

Speaking before Mr. Biden, Vice President Kamala Harris likened January 6 to September 11, 2001 (the World Trade Center attacks) and December 7, 1941, when the Japanese bombed Pearl Harbor. During her remarks, she also called for voting rights legislation to be passed by the Senate.

Mr. Trump, who was scheduled to hold a press conference to mark the day at his Florida resort, Mar-a-Lago, said he would instead discuss many “important topics” on January 15 in Arizona. He blamed the media’s “total bias” as well as members of the a House committee investigating the events of January 6 for the postponement. 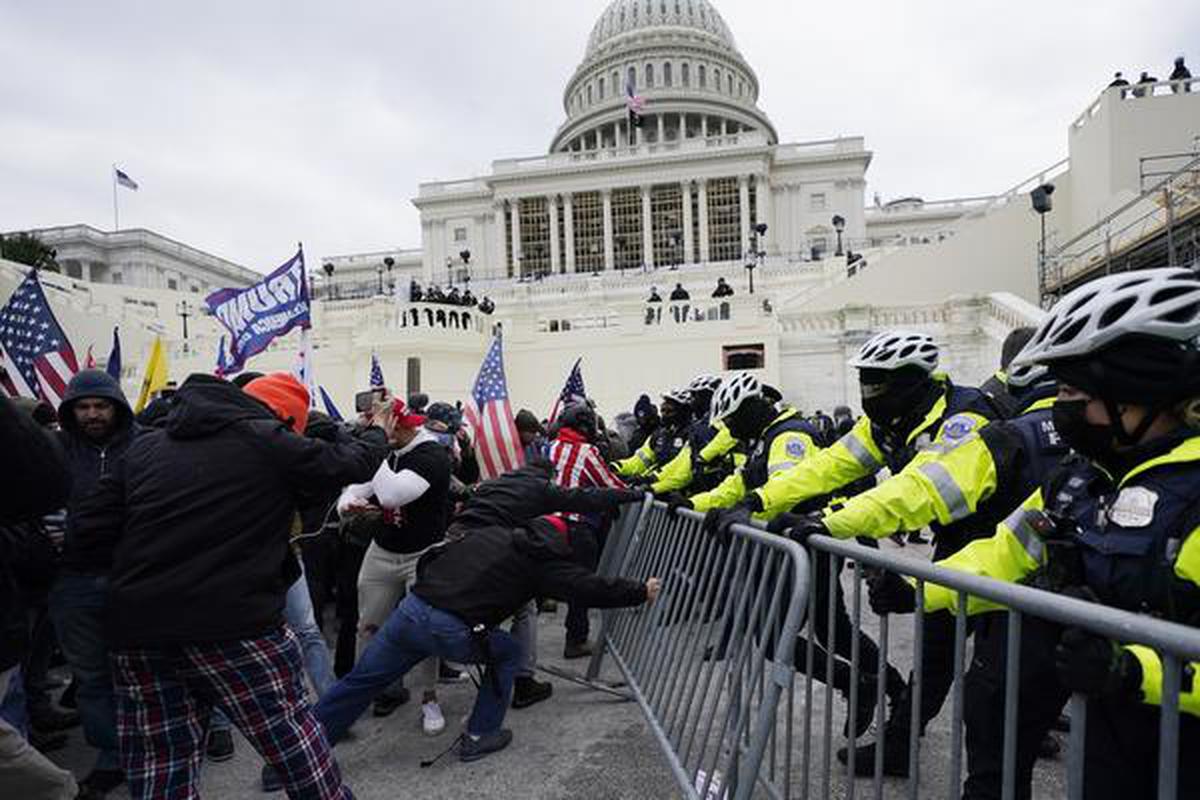 The mob violently clashed with law enforcement in a bid to help President Donald Trump overturn his defeat in the November election. | File

However, Mr. Trump’s news conference had not gone down well with several of his own party colleagues. Some Republican Senators had publicly suggested that it would be a bad idea for Mr. Trump to attract attention to the event, with the party split between his loyalists and some who are reluctant to support or have criticized the former President’s undermining of the electoral process.

“It’s a free country and you’re entitled to say whatever you want to say subject to some limitations, but I think the country has moved on,” said Senator John Cornyn of Texas, according to Politico.Reacting to Mr. Biden’s comments, Mr. Trump said the President was using his name to “further divide America.”

“The Democrats want to own this day of January 6th so they can stoke fears and divide America. I say, let them have it because America sees through theirs lies and polarisations,” Mr. Trump said. He called Mr. Biden’s speech “political theatre” which was a distraction from issues such school closures, soaring COVID-19 numbers and the Afghanistan exit, among others.