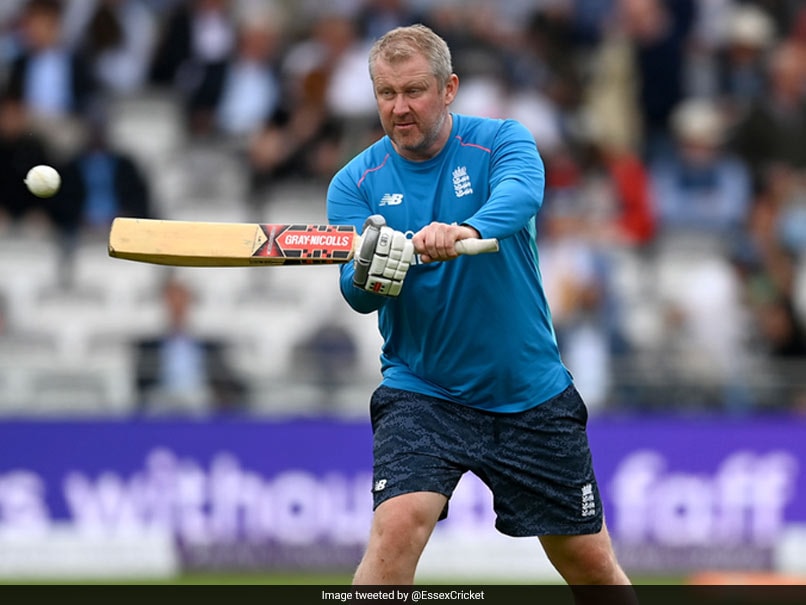 Anthony McGrath has been appointed as England’s batting coach.© Twitter

Anthony McGrath (batting coach), Alan Richardson (pace bowling coach), and Paul Tweddle (fielding and wicketkeeper coach) on Tuesday were appointed to the England Men’s coaching team for the upcoming T20I away series to West Indies. The trio was appointed for the five-match series, which begins in Barbados on January 22, following an open recruitment and interview process. Paul Collingwood has previously been confirmed as Head Coach for the tour with Marcus Trescothick an Assistant Coach. McGrath and Richardson were a part of the England Men’s coaching set-up during the summer for the Royal London Series victory over Pakistan, while Tweddle joins the team for the first time.

The squad is due to fly to Barbados on Saturday. The five-match series will be played in Barbados from January 22-30.

The squad includes 11 players who travelled to the United Arab Emirates for the T20 World Cup last November. George Garton and David Payne are both uncapped players in the squad.