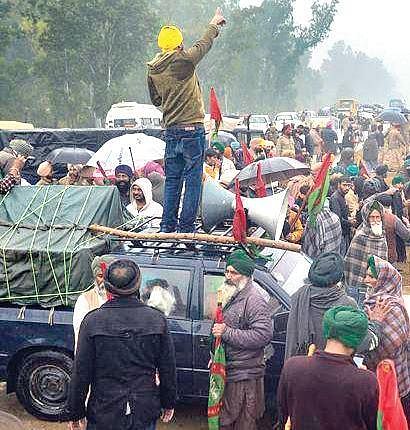 NEW DELHI:  The Supreme Court-appointed committee probing the Prime Minister’s security breach during his trip to Punjab will go through the Indian Air Force logs to see the reports handed by them to the SPG and whether they had given security clearance for the chopper to fly the PM from Bhatinda to the rally site or if they had declined, like is being projected.

Contents of the Blue Book, which contains detailed procedure and all modalities to be observed by the state authorities, would also be scrutinised. A senior NIA official said the committee by examining the Air Force logs, would ascertain who took the call to take the PM by road. During the visit to Punjab on January 5, PM Narendra Modi was stranded 10 kms from the Pakistan border while on his way to address a political rally in Ferozepur.

The committee, headed by former Supreme Court judge Indu Malhotra, will also probe if there was any criminal conspiracy. “Role of SPG and Punjab Police relating to inputs provided by the Intelligence Bureau would be examined in detail,” the official said.

Sources in the home ministry said the Intelligence Bureau has informed that they had shared inputs with Punjab government stating that “some sort of demonstration or agitation” could take place. Sources also pointed out that the IB had cautioned Punjab Police that Gurpatwant Singh Pannu of the banned outfit Sikhs For Justice had been provoking local youths and luring them with money. Issuing an  alert, it asked the Punjab government to remain vigilant as the venue of the PM’s function was close to the border with Pakistan.