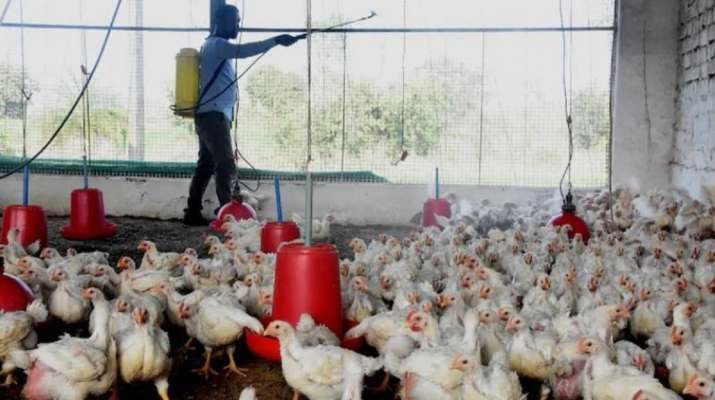 After bird flu was reported in Maharashtra’s Thane, avian influenza has now been detected at a poultry farm in the Vasai-Virar region of neighboring Palghar. According to the district administration over 800 chicken died last week in parts of Arnala and Vasai. Following this, samples of the dead chickens were sent to the central laboratory for examination.

The Palghar district administration has ordered culling 1,200 chickens and burying them in the ground in the Arnala area.

The outbreak of bird flu in Vasai has raised concerns among poultry traders. Last week large numbers of chicken died in different parts of the city.

More than 415 chicken died suddenly in three days in Arnala, Bhandar Ali, Agashi and Wagholi areas of Virar. The samples of dead chicken have been sent by the Animal Husbandry Department to the Medical College, Pune for examination.

Earlier, it was reported that bird flu had spread in Shahpur taluka of Thane district.

According to the official, more than 15,000 chicken have been killed. The poultry business is at loss due to bird flu. The infected include village hens also.

The district animal husbandry department has appealed to the citizens not to be panic in this situation and keep the birds in a bio-secure environment as well have asked the poultry traders to be careful.