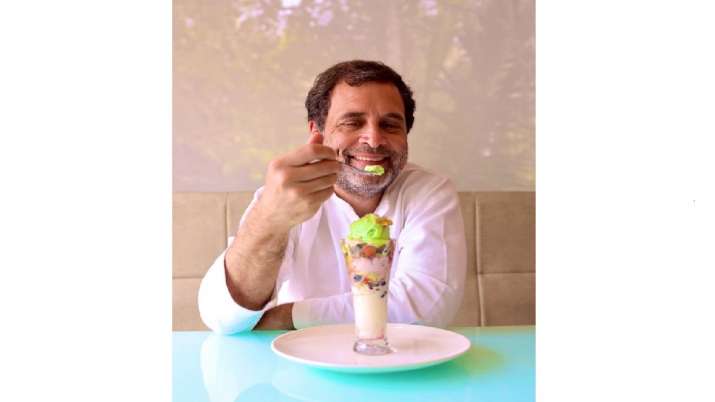 Election Results 2022: With the Aam Aadmi Party (AAP) looking for a clean sweep in the Punjab assembly polls, its leader Raghav Chadha said the party will emerge as the national and natural replacement of the Congress in the coming days.

An eerie silence descended at incumbent Chief Minister Charanjit Singh Channi’s residence in Chandigarh and the Congress office of Punjab as the party stared at defeat.

In Uttar Pradesh, notwithstanding Priyanka Gandhi Vadra crisscrossing the state and a buzz built around the “Ladki hoon, Lad sakti hoon” campaign, the Congress was leading in only a couple of seats out of 403 in the state with many of its senior leaders trailing in their respective constituencies. The party is also trailing in Rae Bareli and Amethi, once known to be its strongholds.

With a push to woo women and young voters, the Congress party contested on its own in the Uttar Pradesh elections held in seven phases between February 10 and March 7. The task was cut out for Priyanka Gandhi to improve the party’s tally from seven in the 2017 assembly elections when its voteshare was 5.4 percent.

From ruling the entire political landscape and being the single dominant party in India to its pathetic performance in the assembly elections in five states. The grand old party continues on the downward slide.

The 2014 general election dealt Congress an electoral punch and ever since the Congress party has been on a steady downhill journey.

The weak central leadership has emboldened internal rift. In an unprecedented move in the history of the Indian National Congress, 23 senior leaders wrote a letter to party chief Sonia Gandhi, asking her for “sweeping changes” in the party. The signatories of the letter included five former chief ministers. But nothing has changed internally. The Gandhis continue to lead the Congress party.

For the 2022 assembly elections, Priyanka Gandhi Vadra was made the Congress’ in-charge for this UP election. Congress hoped her connect with women and her experience in campaign management will help the party. In fact, she surpassed Yogi in holding poll rallies in UP. Congress general secretary Priyanka Gandhi Vadra addressed 209 rallies and roadshows, the maximum by any top leader during the Uttar Pradesh election campaign, followed closely by Chief Minister Yogi Adityanath who spoke at 203 poll events. But that hasn’t helped the party much. Under the Gandhi leadership, the Congress party fares the same in every consecutive elections.

The party lost Punjab miserably to the Aam Aadmi Party (AAP), and could not manage a comeback in Uttar Pradesh, Uttarakhand, Goa and Manipur.

Undoubtedly, Congress today is at its lowest point since independence.

Also Read | BJP creates history in UP! Yogi first CM since Independence to be re-elected after serving full term