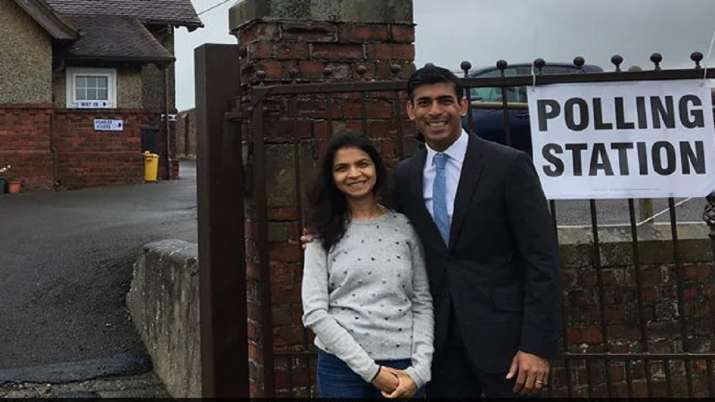 British Chancellor Rishi Sunak’s wife Akshata Murty has said she will pay UK taxes on her overseas income, following a row over her non-domicile status, the BBC reported.  She owns 700 million pounds in shares of the Indian IT giant Infosys, founded by her father, from which she received 11.6 million pounds in dividend income last year. As a non-domiciled (non-dom) UK resident she is not required by law to pay UK taxes on her overseas income. But she told the BBC she did not want to be a “distraction” for her husband.

Her decision to change her tax arrangements follows accusations of hypocrisy against the Chancellor, with opposition parties saying Sunak’s family is benefiting at a time when the cost of living is going up. The BBC estimates Murty would have avoided 2.1 million pounds a year in UK tax through her non-dom status. Murty said her tax arrangements had been “entirely legal”, but added: “It has become clear that many do not feel it is compatible with my husband’s role as Chancellor. “I understand and appreciate the British sense of fairness and I do not wish my tax status to be a distraction for my husband or to affect my family.”

Sunak has accused political opponents of “smearing” his wife to get at him. He has also said she is entitled to use the non-dom arrangement as she is an Indian citizen and plans to move back to her home country in the future to care for her parents. Murty will retain her Indian citizenship and her non-dom status which allows her family to avoid paying inheritance tax in the UK – which at current valuation could amount to 280 million pounds, the BBC reported.

On Thursday, it emerged that she pays 30,000 pounds a year to maintain her non-dom status. In her statement, Murty also said she would now be paying UK tax “on all my worldwide income, including dividends and capital gains, wherever in the world that income arises”. “I do this because I want to, not because the rules require me to. These new arrangements will begin immediately and will also be applied to the tax year just finished (2021-22),” she added.

Opposition Labour’s deputy leader Angela Rayner said questions remained over Murty’s tax arrangements, at a time when people were “feeling the pinch” of the cost of living crisis. “Once again, senior government ministers seem to be taking the public for fools,” she told the BBC. Liberal Democrat’s Treasury spokesperson Christine Jardine called on the Sunak household to backdate the taxes in full, adding: “Doing something just because you’ve been found out isn’t good enough”.