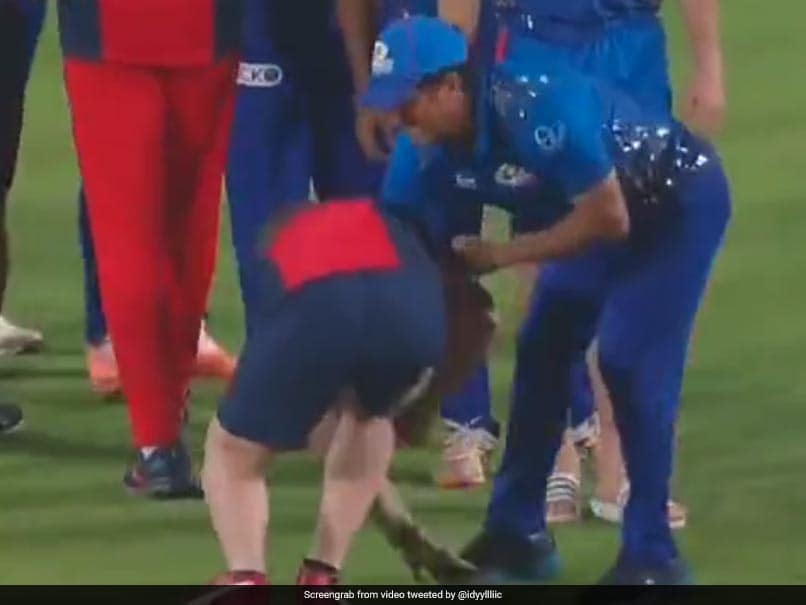 Ex-South African cricketer Jonty Rhodes had showcased utmost respect through an incredible gesture when he bent down to touch Sachin Tendulkar’s feet after Punjab Kings (PBKS) vs Mumbai Indians (MI) match on Wednesday. In a video that surfaced online, Rhodes was seen kneeling down to touch Sachin’s feet, who in turn hugged the former South African player with a huge smile on his face. Rhodes is the current fielding coach of PBKS while Sachin is the mentor of the MI franchise.

Here’s the heartwarming gesture of Rhodes bowing down to touch Sachin’s feet:

i missed this last night why is he like this pic.twitter.com/AnlnoyZgOp

The incident took place after the match when players and support staff members were shaking hands.

The match didn’t go as planned for MI, who conceded to their fifth loss in as many games this season.

In reply, MI tried their level best to chase down the target but were restricted to 186/9 in 20 overs, handing PBKS a 12-run win eventually.

MI will next play Lucknow Super Giants (LSG) at the Brabourne Stadium in Mumbai on April 16. PBKS, on the other hand, will face SunRisers Hyderabad (SRH) on April 17 at the Dr DY Patil Sports Academy in Mumbai.