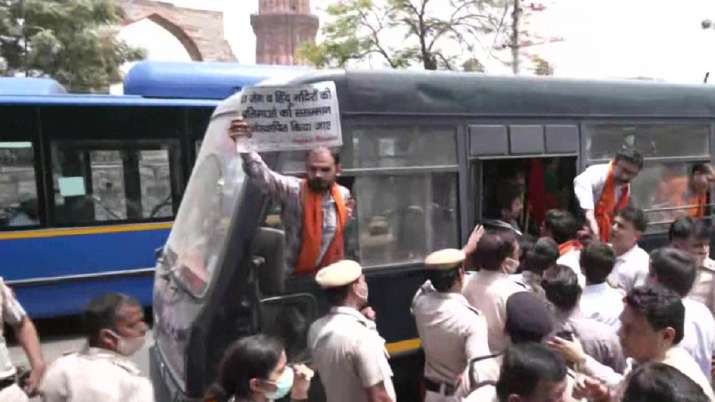 Several members of the Hindu organization Mahakal Manav Sewa on Tuesday staged a protest outside the national capital’s famous monument Qutub Minar, demanding it to be renamed ‘Vishnu Stambh’.

This is not the first time someone has claimed the minaret to originally be Vishnu Stambh.

The superimposed structure was built just to tease the Hindu community, he said.

“We demand that all the 27 temples, which were demolished at the site in the past, be rebuilt and Hindus are allowed to offer prayers there,” Vinod Bansal added.