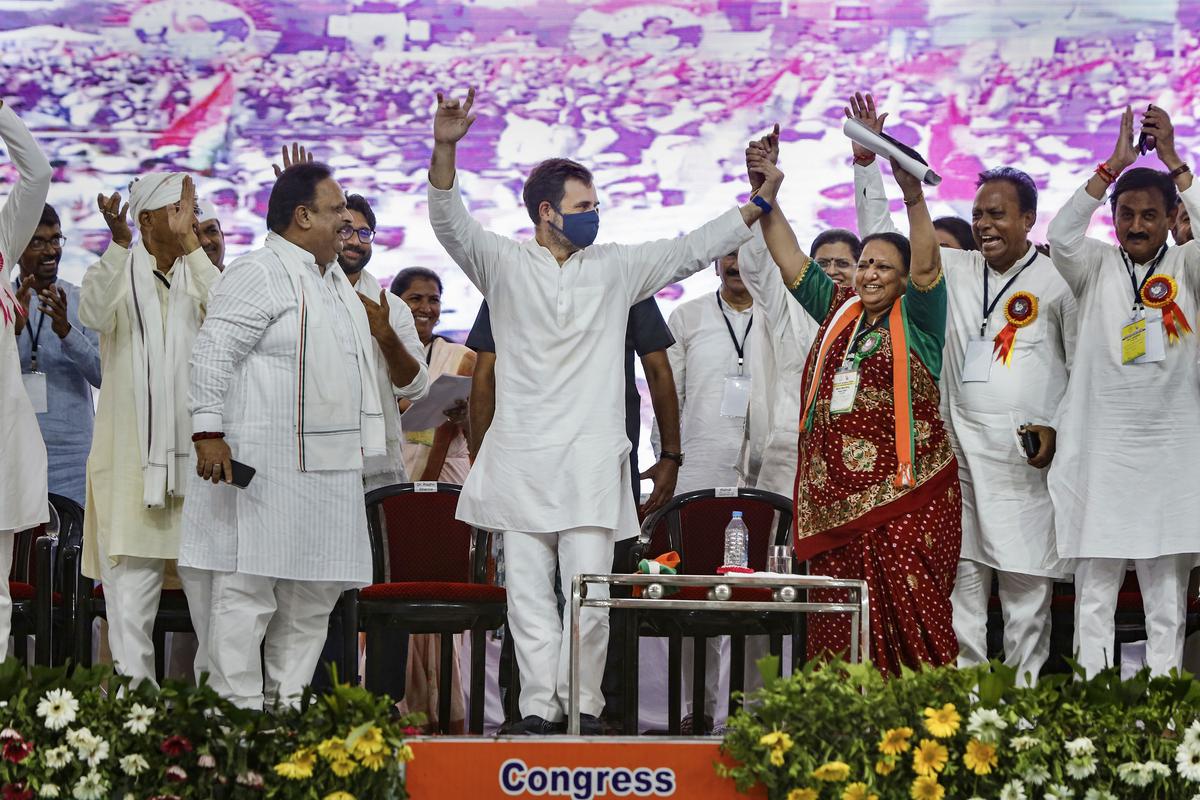 Congress leader Rahul Gandhi on May 10 accused Prime Minister Narendra Modi of creating two Indias, one for the rich and another for the poor, and claimed that the resources of the country are being given to a few wealthy people.

Launching his party’s campaign for this year’s Gujarat Assembly elections at an “Adivasi Satyagrah rally’ in tribal Dahod district, Mr. Gandhi said he is confident that Congress will come to power in the State.

“In 2014, Narendra Modi ji became the Prime Minister of India. Before that, he was the Chief Minister of Gujarat. The work he started in Gujarat, he is doing in the country. It is called the Gujarat Model,” Mr. Gandhi said.

“Today, two Indias are being created, one India of the rich, a few select people, billionaires, and bureaucrats who have power and money. The second India is of the common people,” he said.

The Congress party does not favor two Indias, he added.

“In the BJP model, resources of people like water, forest, and land which belong to tribals and other poor people, are being given to a few,” he said.

The Congress leader also said that the BJP-led government in the State had deprived tribals of their rights.

“The BJP Government will not give you anything, but take away everything from you. You (tribals) have to snatch your rights and then only you will get what is yours,” he said.

“Tribal people through their hard work built roads, bridges, buildings, and infrastructure in Gujarat. But what did you get in return? You got nothing. Neither good education nor health service,” he said.

The Congress leader also slammed Mr. Modi over the handling of the coronavirus pandemic.

“During the pandemic, the Prime Minister told you to bang pots and pans (from balconies) and flash your mobile lights, when three lakh people died in Gujarat. Ganga river was filled up with dead bodies. Between 50 to 60 lakh people died in the country due to coronavirus,” he said.