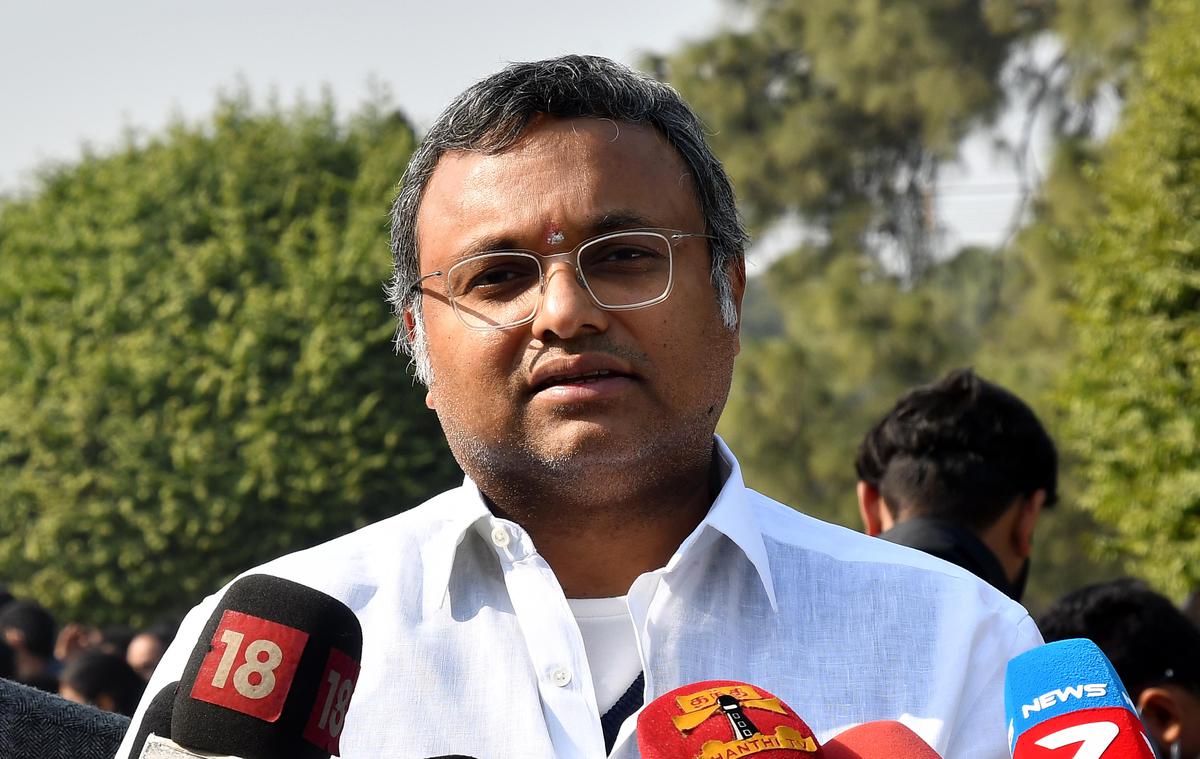 Special teams of the Central Bureau of Investigation (CBI) launched simultaneous searches on the premises of Congress MP Karti P. Chidambaram, and his associates at multiple locations across the country early on Tuesday in connection with a visa scam that allegedly took place some years ago

The CBI registered a case against five accused, including Mr. Karti Chidambaram, private companies based at Mumbai, Punjab’s Mansa and so on, and unknown public servants and private persons.

It alleged the private company based at Mansa was in the process of establishing a 1980 MW thermal power plant in Punjab and the work was outsourced to a Chinese firm. Since the project was running behind schedule, the company tried to bring in more Chinese persons/professionals to the work site for which it needed project visas over and above the ceiling imposed by the Ministry of Home Affairs.

A backdoor entry was devised to defeat the purpose of ceiling (maximum of Project visas permissible to the company’s plant) by granting permission to reuse 263 Project visas allotted to the Chinese company’s officials, the CBI said. The company officials submitted a letter to the MHA making the request and the same was approved within one month.

The investigative agency said “a bribe of ₹50 lakh was allegedly demanded by said private person based at Chennai through his close associate/front man which was paid by the said Mansa based private company.”

Searches were conducted at 10 places, including in Chennai, Mumbai, Koppal (Karnataka), Jharsuguda (Odisha), Mansa, and Delhi.

Mr Karti Chidambaram who is a Lok Sabha member from Sivaganga constituency in Tamil Nadu, is already facing allegations of financial irregularities, including in the INX media case.

Earlier in the day, Mr. Karti Chidambaram posted a cryptic tweet wondering “how many times has it been?“

I have lost count, how many times has it been? Must be a record.

The CBI operation comes at a time when Mr. Chidambaram’s tenure comes to an end in the Rajya Sabha and he hopes to be re-nominated to the upper house from Tamil Nadu where the ruling Dravida Munnetra Kazhagam has allotted one seat to its alliance partner, the Congress.

Mr. Chidambaram said in a tweet that the CBI team that searched his Chennai residence showed “me a FIR in which I am not named as an accused”. He also pointed out the timing of the action but did not specify the Rajya Sabha polls.

This morning, a CBI team searched my residence at Chennai and my official residence at Delhi. The team showed me a FIR in which I am not named as an accused.

The search team found nothing and seized nothing.

I may point out that the timing of the search is interesting.

(With inputs from National Bureau)