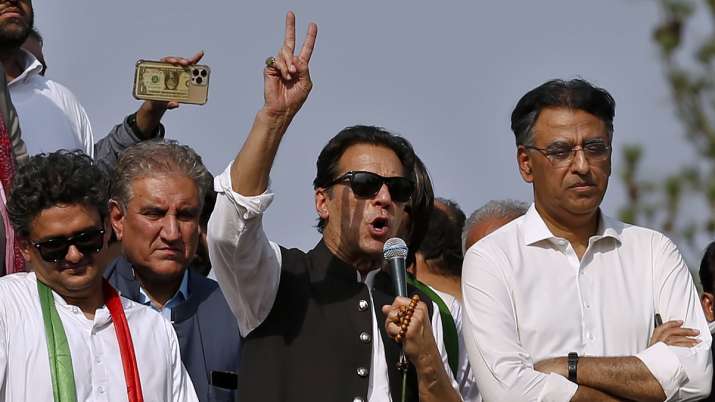 Former PM of Pakistan, Imran Khan on Friday held a press conference in Peshawar but walked out shortly after it commenced after a journalist asked him hard-hitting questions about his governance and his party Pakistan Tehreek-e-Insaf (PTI)’s role on social media.

In a clipping shared by Pakistani reporter Murtaza Ali Shah, Khan could be seen angrily storming out. “No one can control the social media and this is a democratic country. People can freely elect whoever they want, but all we want is power shouldn’t be imposed on people,” Imran said.

He was responding to a question by a journalist, who had asked, “Your keyboard warriors daily conquer EU, America and your workers abuse military generals openly, will you guide them and teach them to be better than this?”

Imran Khan stressed that no one “conquers” a country, but they come into power through elections, just like his government did in 2018. Khan said he was not against the “corrupt” people being in power, rather they wanted transparent elections in the country so no one could raise objections to their results.

To a question that PTI was spreading hate, Khan said he was not involved in inciting people. “We are trying to unite people, without dividing them based on ethnicity.”

“All your statements are wrong and instead of asking questions you made a speech during a press conference,” Khan angrily said, stood up, and left the presser.

Also Read: I will come back to Islamabad: Imran Khan’s 6-day ultimatum for fresh polls in Pakistan