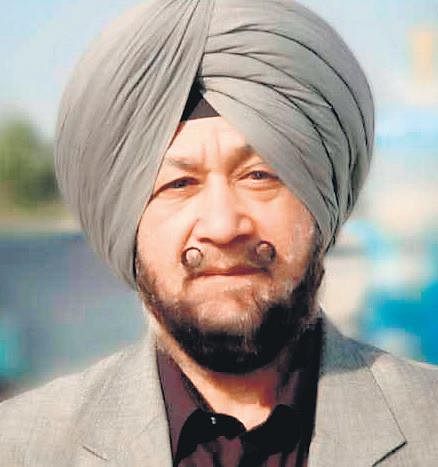 Business and protests go hand in hand
It has been more than three months since Bhagwant Mann took over as Punjab CM.  Now, his private residence in Sangrur is the hub of protests by unemployed youth, Covid workers, police aspirants, transport department staff and political parties. Mann lives in a gated community  in Sangrur. Sensing business opportunity, many people have setup makeshift stalls and are selling food, tea and snacks to the protestors. Street food vendors are also having good business. Earlier, such protests used to happen in Patiala when Capt Amarinder Singh was the CM and in Kharrar when Charanjit Singh Channi was at the helm.

Devgn to star in biopic on NRI philanthropist
A two-hour- and-forty-minute biopic is on the cards on the life of Dubai-based Punjabi Non-Resident Indian (NRI) and philanthropist Surinder Pal Singh Oberoi.  It will be directed by Mahesh Bhatt and the screenplay is being written by Filmfare award winner Ritesh Shah. Ajay Devgn will play the lead role and the shooting is scheduled to start next month. Ahead of the movie’s release, Netflix will be screening a 50-minute documentary titled ‘Pehchan’ on September 7 on how Oberoi made it big after he left his Punjab home in his youth with just Rs 350. The billionaire donates 98 per cent of his earnings for social causes.

Mann’s anti-corruption crusade won’t be easy
CM Bhagwant Mann claims his government has solved all issues related to law and order. While Punjab Police arrested several suspects in connection with the murder of Sidhu Moosewala, it was the Delhi Police that nabbed the main shooter involved in the case. He has been reiterating that corrupt leaders of previous governments will be lodged in jail. Mann himself had alleged scams by the previous Congress regime. Several Congress leaders in the state have joined the BJP. At this juncture, it may not be easy for Mann to keep his promise.