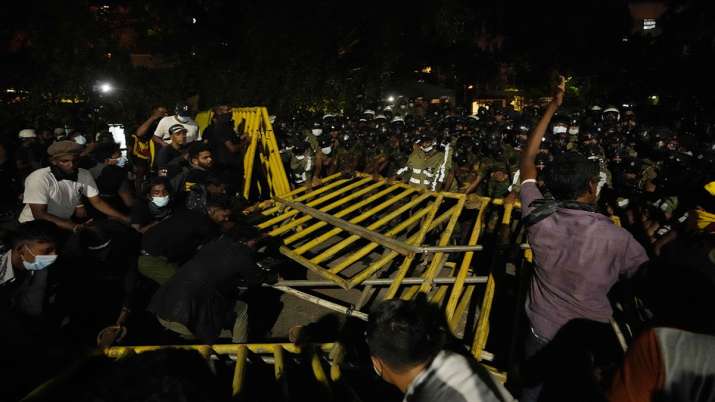 Sri Lanka crisis: As several Sri Lankans protested against the ongoing economic crisis in Colombo, they were removed from their protest sites after midnight by security officials on Friday. People were protesting at President’s Secretariat and the Galle Face Green area. Both the protest sites were blocked and barricaded by security personnel.

As per reports, protestors had ensured that they will themselves vacate the area at around 2 pm today, but after midnight at 2 am itself, they were removed by army personnel. All roads leading to the President’s Secretariat have been closed, and the tents put up by protestors have also been removed.

As Sri Lanka scrambles to get back on track after the election of a new President, the people in the country — who are facing severe economic hardship — are still uncertain about the future.

Amid this uncertainty, Sri Lankans from across the country are lining up at the passport office in Colombo to get a new passport or get their old one renewed, desperate for a way out of the crisis-marred country.

Wickremesinghe was sworn in as President of Sri Lanka on Thursday in Parliament before Chief Justice Jayantha Jayasuriya. He was elected as president in an election held in Parliament on Wednesday.