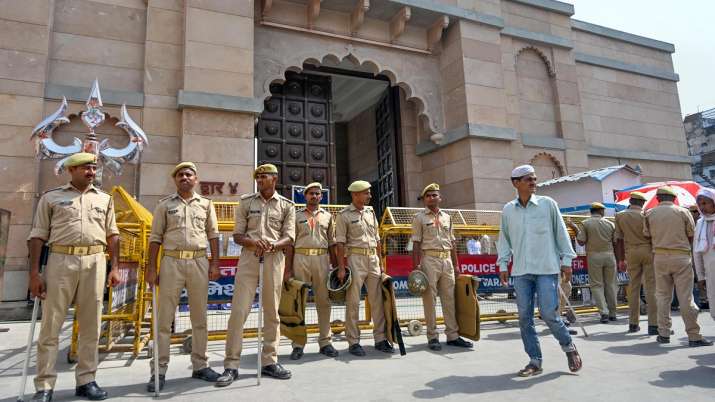 Gyanvapi mosque: Hearing in the Gyanvapi masjid case will resume in the Varanasi court on Monday. According to Advocate Vishnu Shankar Jain, appearing for the Hindus, the “Muslim side will continue with its arguments. According to them, the case is not maintainable, but we’ve said that it’s maintainable…Our demand to grant worship there is legally valid.”

On May 30, the Varanasi District Court deferred the hearing on the Anjuman Intezamia Masjid Committee’s plea challenging the maintainability of a suit filed by Hindu women till July 4, according to a lawyer representing the petitioner women.

Advocate appearing for Anjuman Intezamia Masjid had cited various judgements to support his argument that the maintainability of a suit filed by Hindu women is barred by the Places of Worship Act.

The arguments by the Muslim side, seeking rejection of civil suit’s claims on Gyanvapi Mosque, could not be completed and it will continue today.

Earlier, the court of District Judge, while fixing the hearing on the maintainability of the Gyanvapi-Shringar Gauri complex case, said that the matter will be heard as per directions of the Supreme Court.

The Hindu side has claimed that a Shivling (a representation of Lord Shiva) was discovered inside the mosque premises and the Muslim side claimed that the structure was part of the fountain at the mosque’s wuzu khana area.

Meanwhile, a civil court in Varanasi today asked the Muslim side to file a reply on another civil suit seeking the right to worship in the mosque premises.

This suit was filed by Lord Aadi Vishweshar Viraajman through their next friend Kiran Singh, who had said that the main case would take a considerable amount of time to be tried and that the Hindu worshippers should be given undeterred access to the mosque premises in the meantime.