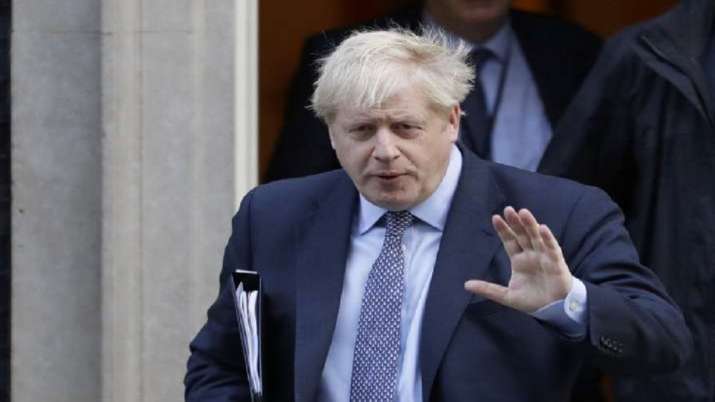 Uk govt in crisis: British Prime Minister Boris Johnson has been dealt a major blow with the resignation of two of his most senior Cabinet ministers, who said they had lost confidence in Johnson’s leadership. The departures of Treasury chief Rishi Sunak and Health Secretary Sajid Javid came after months of turmoil for Johnson, who has fought off one scandal after another.

Here is a timeline of recent key events that have rocked Johnson and his government:

Nov. 3-4, 2021: Johnson’s government orders Conservative lawmakers to support a change in ethics rules to delay the suspension of Owen Paterson, a Johnson supporter who had been censured for breaching lobbying rules. The measure passes. A day later, facing an angry backlash from lawmakers of all parties, Johnson reverses course and allows lawmakers to vote on Paterson’s suspension. Paterson resigns.

Nov. 30, 2021: British media begin reporting allegations that government officials attended parties in government offices during November and December 2020 in violation of COVID-19 lockdown rules. The scandal grows over the coming weeks, ultimately including reports of more than a dozen parties. Johnson maintains that there were no parties and no rules were broken, but opposition leaders criticize the government for breaking the law as people across the country made sacrifices to combat the pandemic.

April 9, 2022: Johnson meets Ukrainian President Volodymyr Zelenskyy in Kyiv, pledging a new package of military and economic support. The move helps bolster Johnson and his supporters, who argue that the government should not focus on domestic political squabbles.

April 12, 2022: Johnson is fined 50 pounds (USD 63) for attending one of the lockdown parties. Opposition parties characterise him as the first U.K. prime minister in history who has been shown to have broken the law while in office. Johnson apologises but insists he didn’t know he was breaking the rules.

May 22, 2022: Findings of the “Partygate” investigation are published, detailing 16 gatherings at Johnson’s home and office and other government offices between May 2020 and April 2021. The report details instances of excessive drinking among some of Johnson’s staff, at a time when millions of people were unable to see friends and family.

May 26, 2022: The government reverses course on its tax decision on oil and gas companies and announces plans for a 25% windfall profits levy.

June 6, 2022: Johnson wins a vote of no confidence, with Conservative lawmakers voting by 211 to 148 to back him. But the scale of the revolt — some 41% voted against him — shakes his grip on power.

June 29, 2022: Parliament’s cross-party Privileges Committee issues a call for evidence for a probe into whether Johnson misled Parliament over lockdown parties.

June 30, 2022: Chris Pincher resigns as the Conservative deputy chief whip after allegedly assaulting two fellow guests at a private members’ club in London. Previous sexual misconduct allegations emerge about Pincher. Questions swirl about whether Johnson knew about the claims when Pincher was given the job.

July 5, 2022: Johnson apologises for his handling of the Pincher scandal and says he had forgotten about being told of the allegations. Two of Johnson’s most senior Cabinet ministers, Treasury chief Rishi Sunak and Health Secretary Sajid Javid, quit the government.