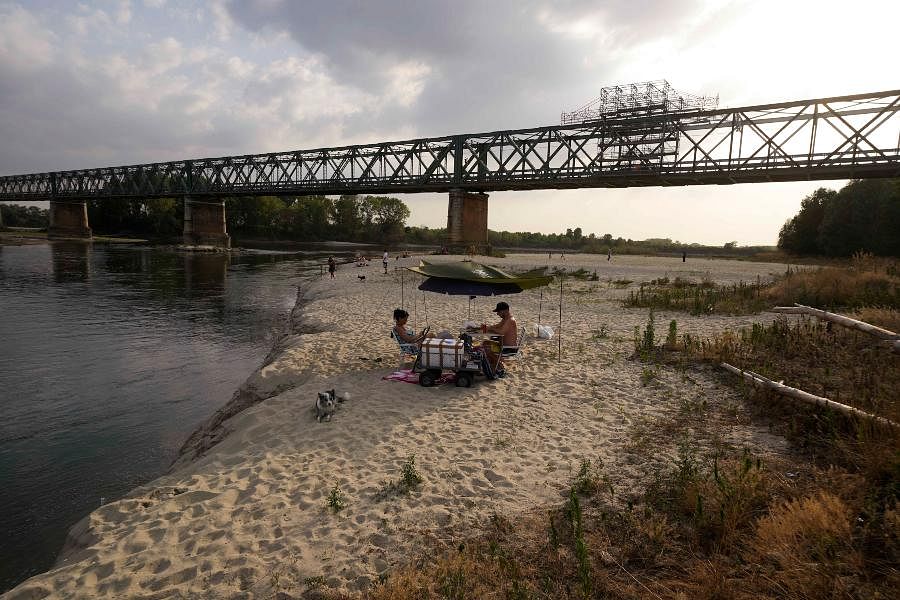 ROME: The government on Monday declared a state of emergency related to the prolonged heatwave and drought conditions that have badly hit the country, particularly it’s north.

The state of emergency, which will remain in force until at least the end of the year, will give the government extra funds and power to deal with the hot and dry conditions that threaten to reduce the country’s agricultural output by as much as a third.

The government also earmarked a total of 36.5 million euros (38.1 million U.S. dollars) for the northern regions of Emilia-Romagna, Friuli Venezia Giulia, Lombardy, Piedmont and Veneto to tackle their water shortages.

The focus will be placed on easing droughts along the Po River — Italy’s longest waterway that is running 85 per cent below its normal water levels — and the Eastern Alps.

Most areas in Italy have been gripped by record-high temperatures, with the mercury constantly surpassing 40 degrees Celsius.

The decree comes a day after a glacial landslide in northeastern Italy that killed at least seven people. High temperatures have been blamed for the glacial collapse.