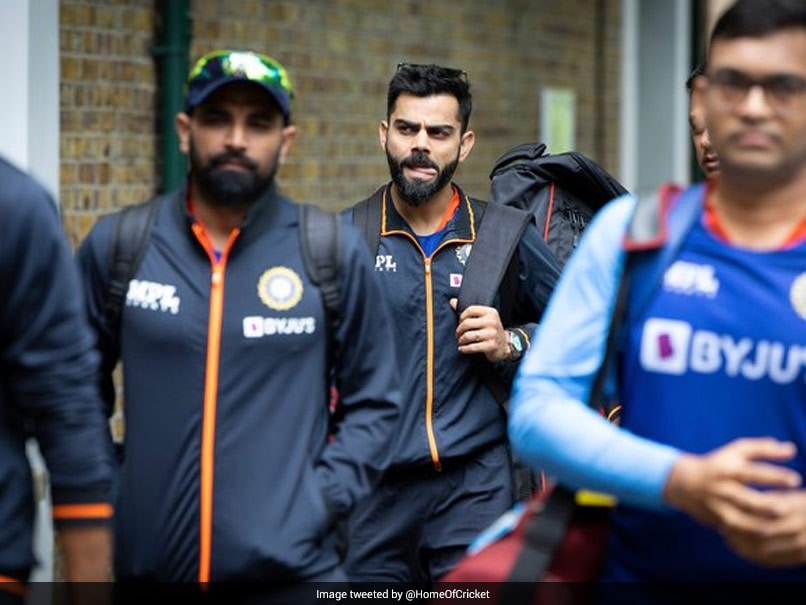 Virat Kohli arrives at Lord’s for the second ODI against England.© Twitter

Star batter Virat Kohli returned to the playing XI as India took on England in the second ODI on Thursday at Lord’s in London. Kohli missed the first ODI with a groin strain and there was speculation as to whether he would be fit for the second match or not. However, the Board of Control for Cricket in India (BCCI) shared pictures of him having a net session ahead of the match and then, Rohit Sharma confirmed the news at the toss that Kohli was back in the team, replacing Shreyas Iyer.

Kohli’s return to the side sent Twitter into a frenzy, as fans celebrated his “comeback”.

While some shared memes to match the occasion, others prayed for a century from the 33-year-old.

For the Comeback of Greatest ever Cricketer @imVkohli https://t.co/KnD5v2mJI4 pic.twitter.com/ogwYQprPKE

@imVkohli Champ!!
Will you?
Today?
For us pic.twitter.com/GeSMFEyX63

Kohli played the last two T20Is against England, registering scores of 1 and 11, but had picked up a groin niggle during the third match of the series as India emerged on top 2-1.

Shreyas Iyer played in Kohli’s place in the first ODI, but did not get a chance to bat as Rohit Sharma and Shikhar Dhawan helped India register a 10-wicket win.

After the England series, India will take on West Indies in three ODIs and five T20Is in the Caribbean and the US.

Kohli, however, is not part of either squad.