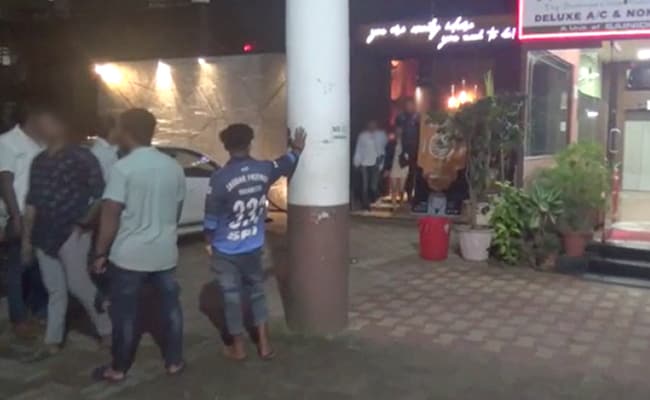 Police said that the matter is being investigated

In yet another incident of moral policing, members of a right-wing group allegedly barged into a pub in Karnataka’s Mangaluru last night and forcefully stopped a party that was organised by students of a private college.

The activists belonging to Bajrang Dal asked the management of the Recycle Pub in Balmata area of Mangaluru to stop the event, alleging that the students were indulging in some “illegal activities”, officials said.

They objected to the girls partying there and asked the students to leave the pub, officials added. The activists also abused the students.

On being asked, Sharan Pumpwell, the district head of Bajrang Dal, told NDTV that an “obscene” video involving some college students had gone viral a few days ago, and the students who were partying at the pub were from the same institute.

“Therefore, our activists went to the pub to stop their party,” he said.

Shashi Kumar, Police Commissioner, Mangaluru, said that the members of some organisations had claimed that “illegal activities” were taking place at the pub.

“By the time the police reached the spot, the pub was closing and about 20 boys and 10 girls were seen leaving the pub,” he said.

The matter is being investigated, he said.

Last week, some school children, including girls, in Kerala’s Thiruvananthapuram were allegedly assaulted for sitting together on a bench at a bus stop.