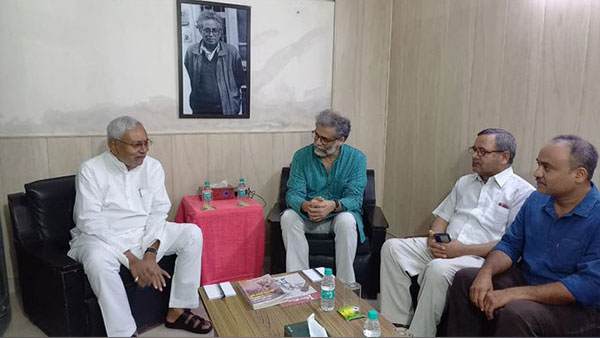 Kumar is in the national capital on a four-day visit. He has been meeting Opposition leaders with an aim to forge unity among them for a joint fight against the BJP in the 2024 Lok Sabha polls.

He had met Left leaders — CPIM general secretary Sitaram Yechury and CPI general secretary D Raja — on Tuesday. There are 16 MLAs of Left parties in the Bihar Assembly supporting the Nitish government from outside, these include 12 of CPI-ML (L), two each of CPI and CPM.