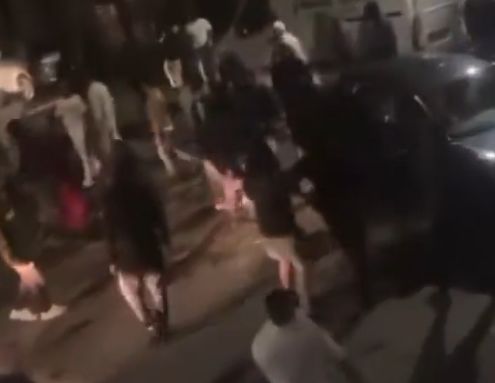 In a horrifying incident, Pakistani organised gangs were seen vandalising and terrorising Hindus in the United Kingdom’s Leicester City.

IMAGE: A screengrab from a purported video of the incident posted on social media. Photograph: Twitter

The violence took place on August 28 after India won the match against Pakistan in Asia Cup 2022.

‘Gangs running riot and escalating attacks on Hindus. Innocent Hindus have been terrorized in their own properties, there have been attempts to stab and there has been rampant vandalism of Hindu properties,’ Rashami Samant, a human rights activist tweeted.