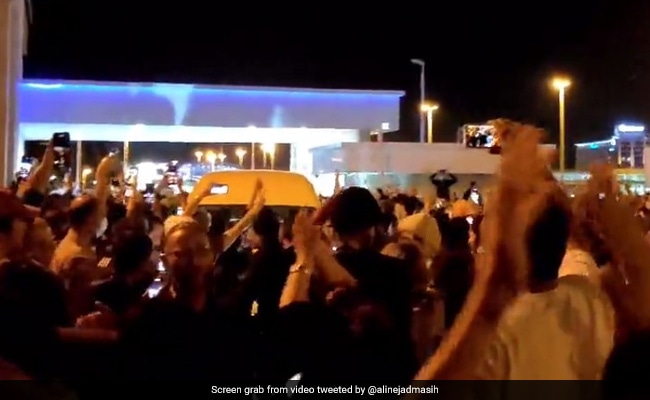 The professional climber was given a rousing welcome by thousands of people.

Iranian athlete Elnaz Rekabi who made headlines for competing at an international event without a hijab received a hero’s welcome upon her return to Tehran on Wednesday.

Ms Rekabi, 33, in open defiance against the Iranian regime, took part in the Asian Sport Climbing Championships in Seoul on Sunday without a headscarf and was soon reported to be missing.

Amid fears that she would get prosecuted on her return to Tehran, the professional climber was given a rousing welcome by thousands of people lined up on the streets before dawn on Wednesday.

Videos on social media show Ms Rekabi in an airport taxi, being escorted to an unknown location.

This is how Iranians are welcoming #ElnazRekabi at 3:45 am in Tehran.

According to a report in People Magazine, Ms Rekabi will be jailed by Iranian authorities. The report, quoting an Iranian news organisation, claims that the climber violated laws drafted after the 1979 Islamic Revolution that mandate all Iranian women to wear hijabs.

Ms Rekabi reportedly went missing soon after her performance with many reports suggesting that her phone and passport were confiscated. However, the Iranian rock climber went on social media yesterday to write that the “problem” with her hijab in the championship happened “unintentionally”. She also “apologised to the people of Iran” for the incident.

Iran has seen widespread protests across the country sparked by the death of Mahsa Amini who reportedly died after being tortured by Iran’s morality police.