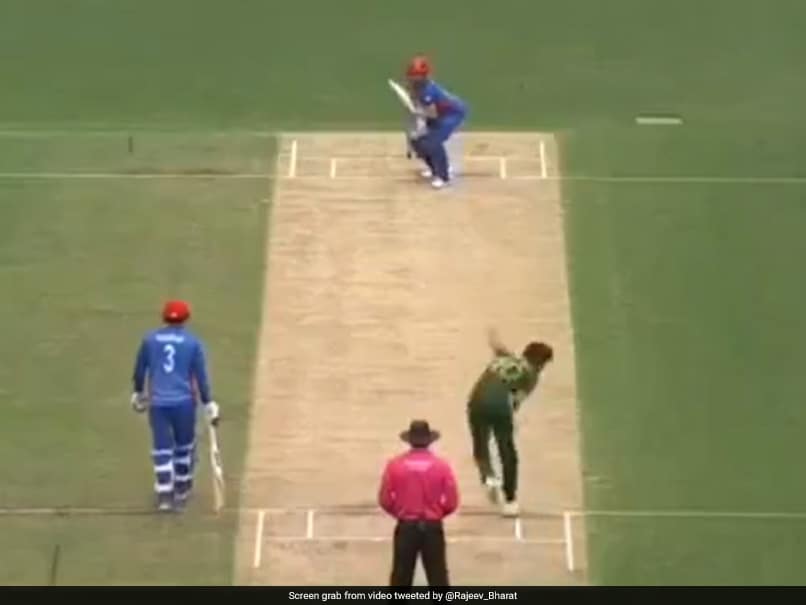 Shaheen Afridi bowled a toe-crushing yorker to Gurbaz, who was in immense pain.© Twitter

Pakistan pacer Shaheen Afridi made his much-awaited return from a knee injury during a T20 World Cup warm-up game against England last week. Afridi bowled just two overs and also failed to take a wicket. However, in the second warm-up game against Afghanistan, Shaheen struck twice in as many overs to give Pakistan a flying start. He dismissed Afghanistan openers Rahmanullah Gurbaz and Hazratullah Zazai. Shaheen bowled a toe-crushing yorker to Gurbaz, who was in immense pain after being struck on the left foot.

While umpire gave Gurbaz his marching orders, Afghanistan were more concerned about the state of the player.

The play was stopped for a while as the physios came out to check on Gurbaz.

He was eventually carried off the field by a substitute fielder as the former couldn’t walk.

It was later revealed that Gurbaz was taken to the hospital for scans.

Meanwhile, Afghanistan went on to post a total of 154 for six, thanks largely to skipper Mohammad Nabi’s unbeaten knock of 51.

After being put into bat, Afghanistan were reeling at 82 for six after Shaheen and Haris Rauf had rattled the top-order.

However, Nabi and Usman Ghani added 72 runs for the seventh wicket, taking Afghanistan to a strong total.

In reply, Pakistan were 19/0 in 2.2 overs before rain interrupted the proceedings.