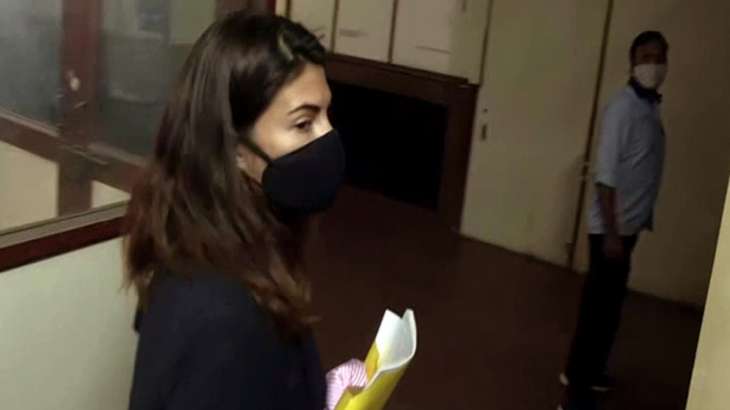 Jacqueline Fernandez tried to flee India while she was being investigated in a Rs 200 crore extortion case involving conman Sukesh Chandrashekhar, the Enforcement Directorate told a Delhi court. The agency opposed her bail plea saying ‘Fernandez never cooperated with the probe, only made the disclosure when confronted with evidence.’ On Saturday, the actress appeared before Patiala House court in Delhi for the aforementioned case. Her interim bail plea has been extended until the next hearing. Jacqueline’s plea for regular bail will be heard by the court on November 10 at 10 am.

In its reply to the court, ED opposed Jacqueline’s regular bail application and alleged that she tampered with evidence during the investigation by deleting data from her mobile phone.

“ED has opposed actor Jacqueline Fernandez’s bail plea. The agency has said that Fernandez never cooperated with probe, only made disclosure when confronted with evidence. ED also says that she made an abortive bid to flee India but couldn’t do it due to the issuance of LOC. Further, the agency said that the actress did not cooperate with the investigators. Her behavior was not good during the investigation. She can damage the evidence and witnesses. Whenever she was made to sit face-to-face with other accused in the case and presented with evidence, she confessed her crime.”

Last month, a Delhi court granted interim bail to actor Jacqueline Fernandez. In her regular bail plea, Fernandez, a citizen of Sri Lanka, said that she was a tax-paying resident of India since 2009 and her “professional reputation and future work commitments” were “intrinsically linked” to the country.

On August 17, 2022, a supplementary chargesheet filed by the Enforcement Directorate in the Rs 200 crore extortion case against conman Sukesh Chandrashekar in a Delhi Court mentioned the name of Jacqueline Fernandez as an accused. According to ED’s earlier Chargesheet, Jacqueline and Nora Fatehi examined and stated that they got top models of BMW cars.

ED chargesheet stated that “during the investigation, statements of Jacqueline Fernandez were recorded on August 30, 2021, and October 10, 2021, which stated that the actress received gifts viz three designer bags from Gucci, Chanel, and two Gucci outfits for gym wear. A pair of Louis Vuitton shoes, two pairs of diamond earrings and a bracelet of multi-coloured stones, two Hermes bracelets. Also, Jacqueline received a Mini Cooper which she returned.”

(With inputs from Atul Bhatia)