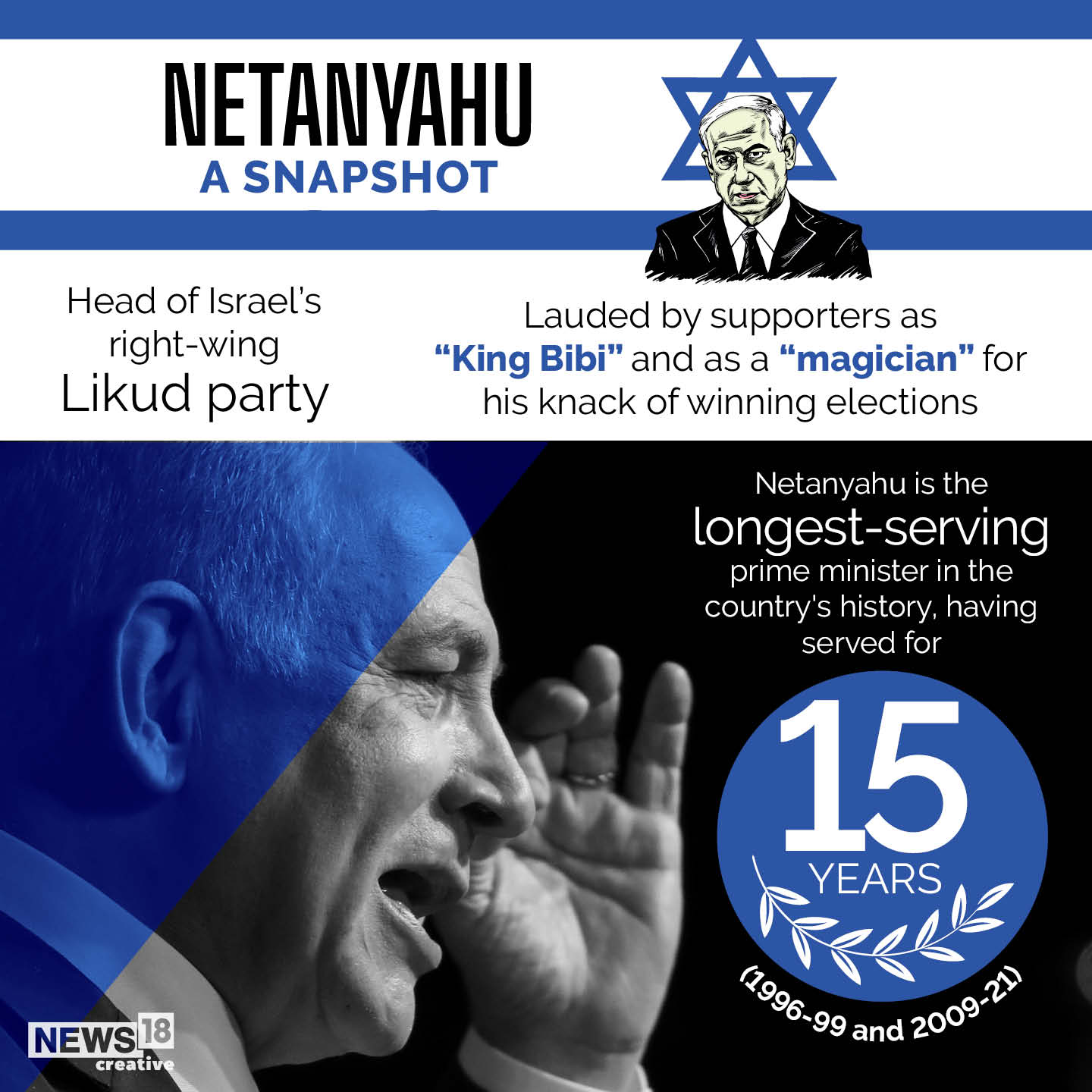 Former Israeli prime minister Benjamin Netanyahu sealed his return to power on Thursday, as the final vote count from elections this week gave him and his far-right allies a clear majority in parliament.

The result sets Netanyahu up to form what may be the most right-wing government in Israeli history.

Results released by the electoral commission said that with 99 percent of votes counted, Netanyahu’s right-wing bloc has an absolute majority with 64 seats in Israel’s 120-seat parliament, the Knesset.

With this win, the 73-year-old Netanyahu secured his comeback after 14 months in opposition. He remains on trial over corruption allegations, which he denies, with the case returning to court on Monday.

Netanyahu, who has served as premier for longer than anyone in Israel’s 74-history, will then begin sharing out cabinet posts with his coalition partners.

The right-wing veteran, who has already served a total of 15 years in the position, has described protecting the Jewish state from its enemies as his “life’s mission”.

The 73-year-old head of Likud party has won a record five elections to hold office six times – more than any other prime minister in the country’s history.

Netanyahu is the son of a historian who was active in right-wing Zionist groups, an ideological inheritance that helped shape his political career.

He was marked strongly by the death of his older brother Yonatan, the only Israeli soldier killed in a 1976 commando raid to free hostages at Uganda’s Entebbe airport.

In a memoir released this month, Netanyahu recalled that he felt he would “never recover” from the loss. “When the news reached me that Yoni had died in Entebbe, I felt as if my life had ended.”

Raised partly in the United States, Netanyahu graduated from the prestigious Massachusetts Institute of Technology.

With his fluent English, he regularly appeared on US television, defending Israel throughout the late 1980s and early 1990s — exposure that raised his profile both at home and abroad.

Netanyahu became Likud’s leader in 1993 and led the party to victory as Israel’s youngest-ever prime minister in 1996, aged 46. He lost power in 1999, but regained it 10 years later.

Despite his advancing age, ongoing trial and electoral misadventures, there is little doubt about Netanyahu’s thirst to reclaim power.

He reflected on his achievements in the autobiography he wrote after being ousted from office by an unlikely alliance of rivals in June 2021. “As a soldier, I fought to defend Israel on battlefields,” he wrote.

“As a diplomat, I fended off attacks against its legitimacy in world forums, as finance minister and prime minister I sought to multiply its economic and political power among the nations,” he went on, concluding that he had “helped secure the future of my ancient people”.

When he was ousted from power in June 2021 after 12 years as prime minister, some experts have called it the end of an era, while his critics termed it a new dawn.

However, his coming to power in little more than a year will seal the belief among his supporters that “King Bibi” is politically invincible.

His unrivalled success can be attributed to a set of factors- keeping country safe from hostile forces, tough line towards Palestinians, “ultra-divisive” and threat from Iran.

Benjamin Netanyahu now faces a new test forming a government with an ultranationalist party whose sudden rise has many at home and allies abroad alarmed at the potential implications for Israeli democracy.

In the new government, the Israeli PM has to share the limelight with far-right leader Itamar Ben-Gvir, 46, who appears likely to take a senior role in government after the Religious Zionism bloc he co-heads became the third-largest in parliament with 14 seats.

Supported by many outside the normal base of religious voters, the rise of Ben-Gvir, a fiery provocateur who until recently was calling for Palestinians to be expelled, reflected widespread fears over security among many Israelis.

Read all the Latest Explainers here