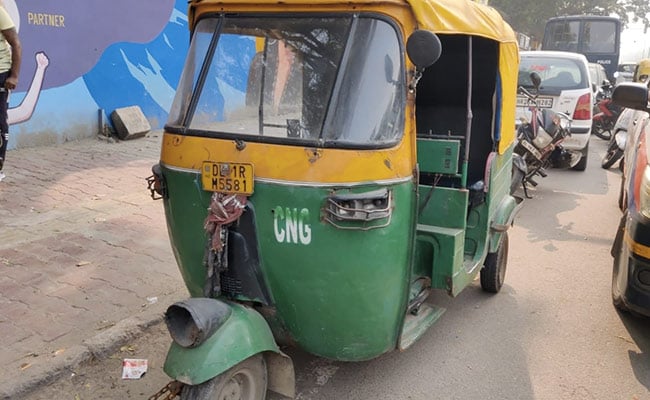 The accused was hit when he tried to flee the police station.

An autorickshaw driver died after he was hit by a vehicle while trying to escape from north Delhi’s Civil Lines police station, where he was brought for allegedly harassing a woman, officials said on Sunday.

The dead was identified as Rahul, a resident of the Majnu ka Tilla area, they said.

Around 11:15 pm on Saturday, a 40-year-old woman came to the Civil Lines police station and alleged that an autorickshaw driver misbehaved with her at a metro station, Deputy Commissioner of Police (North) Sagar Singh Kalsi said.

The woman drives an e-rickshaw for a living. She alleged that Rahul abused and harassed her while they were waiting for passengers outside the Civil Lines metro station, he said.

Constables Rakesh, Prem and Naresh went with her to the Vidhan Sabha metro station and found the autorickshaw driver in an inebriated state. They asked him to come with them to the police station, the official added.

At the police station, while Rahul was parking his autorickshaw, the complainant started to get aggressive and the staff tried to calm her down, the DCP said.

Rahul then made an attempt to flee from there but was hit by an unidentified light motor vehicle, he said.

On the woman’s complaint, a case was registered under sections 354 (assault or criminal force to woman with intent to outrage her modesty) and 509 (word, gesture or act intended to insult the modesty of a woman) of the Indian Penal Code (IPC), the police said.

Another case was registered under sections 279 (rash driving or riding on a public way) and 304 A (causing death by negligence) of the IPC against the driver of the unidentified vehicle that hit Rahul, they said, adding efforts were underway to trace the vehicle.

After receiving information about the accident, Rahul’s family members gathered outside the police station and protested for three-four hours, demanding to see the woman who had complained against him, DCP Kalsi said.

They were requested to leave and assured that their complaints would be addressed, he said.

According to the police, Rahul’s family members gathered at the police station again on Sunday morning, seeking justice for him. They also tried to block one side of the road, leading to a traffic snarl in the area.

The situation was brought under control and traffic movement normalised, they said.

The family members of the dead sought a fair probe into the complaint filed by the woman and urged the police to take strict action as the accident took place outside the police station, the senior police officer said.

Featured Video Of The Day

What Munugode Poll Result In Telangana Means For TRS, BJP And Congress